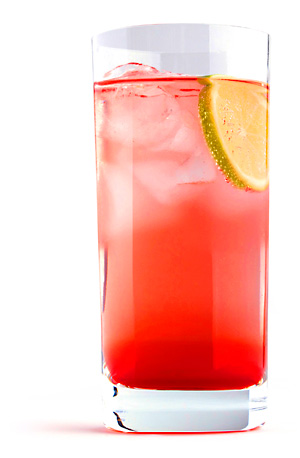 GREAT strides are said to have been taken to promote sambuca as a base for cocktails and long drinks in recent years – a trend given momentum by the evolution of flavoured varieties.

Yet according to the distributor of one leading brand, the bulk of sambuca continues to be consumed as a shot.
Indeed, for Luxardo brand manager Craig Chapman, the image of sambuca as a party drink is something that distributor Cellar Trends is keen to preserve – provided it’s consumed in a responsible fashion.
Cellar Trends has been busy dispatching its four-strong brand experience teams to venues in cities around the UK in a bid to introduce Luxardo to new consumers and add some theatre and welcome sales to host premises. The events are partly designed to showcase the latest additions to the Luxardo flavoured range (cola and pear) and its versatility as a base for long drinks and cocktails ahead of summer.
Chapman said the events give the brand, whose original variety is the top seller in the Scottish on-trade (according to figures from CGA for the year to February 18), an ideal platform to communicate to consumers what it’s all about.
“The campaign is running across 19 cities, including Glasgow, and it’s just about getting the brand out there,” he told SLTN last week.
“We had an event in London last week and it was great to see the energy the team create in bars and for us that’s key – we want to position ourselves as the fun sambuca brand.
“At each event we have a team of four who give out samples and follow it up with sales of the product.
“It works for the bar and the brand – we get the exposure and the engagement with consumers while the bar sells the stuff. And the better the experience, the more they’ll sell.”
The evolution of flavoured sambuca has been key to the renaissance of the category in recent times, benefiting not just Luxardo but rivals like Antica too.
Luxardo flavours like the new cola and pear sambucas (others in the range include raspberry and spiced apple, as well as the original clear variant) allow the liqueur to be used as a base for long drinks and easy pitcher serves. This summer, for example, Cellar Trends is promoting Luxardo Cola and lemonade and Luxardo Pear with pineapple juice and a squeeze of lime, and argues that its full 38% ABV strength gives it the depth of flavour needed to make these drinks work.
While Chapman said the brand cherishes the options made possible by its flavours, “we don’t want 40 flavours behind the bar that don’t sell – it has to be the right range”.
“We’re constantly looking at new flavours and what’s on trend to keep it fresh but we don’t want too many,” he said. “We had a pomegranate flavour, which was all the rage a couple of years ago, and while it was a fantastic product it didn’t catch on.
“Pear and cola have really caught on this year, though, they’ve taken us to a different level.”
Yet for all that sambuca is now an established base for long drinks, Chapman said the liqueur is still largely consumed as a shot.
“We’re open and honest that it’s about fun – it’s groups of people on a night out having fun [who drink it],” he said. “18-24 year olds do drink it but we’re not exclusively going after this group – it could be groups in their mid-40s. Ultimately it’s groups of people on a night out.
“We’ve tried cocktails but for us the way to go is to go back to basics. It’s all about theatre and it keeps it simple [for the bar].”