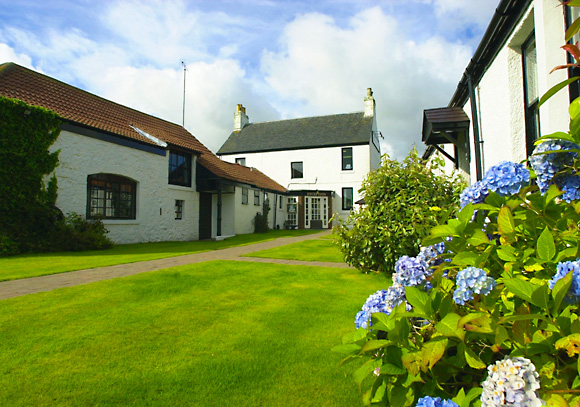 A FIFE inn and live music venue that’s staged a gig by Brit award-winning Scots singer KT Tunstall is up for sale for the first time in 15 years.

Located just south of St Andrews, the Inn at Lathones is being marketed by Bruce & Co with a price tag of £899,950 for the freehold or £340,000 for the leasehold interest.
A 400 year-old traditional coaching inn set in a courtyard, the property boasts its own award-winning live music venue, The Stables, which has hosted a ‘secret’ gig by KT Tunstall as well as performances by Henry McCulloch from Wings and Bob Catley of Magnum; the venue celebrates the tenth anniversary of its annual Fifestock festival this year.

The inn trades on a good mix of sales and is busy throughout the year, enjoying much repeat custom.

The inn also has 21 en suite letting rooms, including six ‘luxury rooms’ and two suites, which have balconies overlooking the surrounding countryside; a 30-cover restaurant, bar and lounge.
Scott Toward, of selling agent Bruce & Co, said the current owners, who have run the inn for the past 15 years and are selling up to retire, have built up a strong reputation for the business.
“It is known for its award-winning food, having just been awarded two AA rosettes for the 14th consecutive year, along with VisitScotland’s Gold award for service and quality 2009/10 and 2011,” he said. “The business also specialises in weddings.

The 400 year old coaching inn is set in its own courtyard.

“A stunning countryside location close to the Old Course at St Andrews, along with its excellent communication links to the likes of Perth, Loch Lomond, The Trossachs and The Highlands, also benefit the business.
“It trades on a good mix of accommodation, food and wet sales, and is extremely busy throughout the year enjoying much repeat custom.”