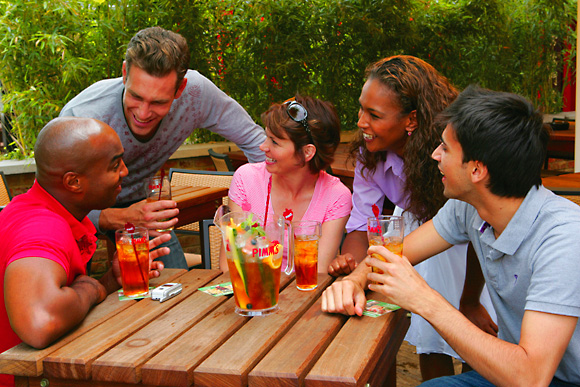 PIMM’S is to receive fresh marketing focus as the quintessential summer drink looks to ramp up sales over its key trading period.

The ‘Pimm’s o’clock’ campaign, launched to coincide with the beginning of British Summer Time on March 25, includes point of sale material for outlets, on-trade activity with the ‘Pimm’s brigade’, social media marketing and the launch of a new Pimm’s app.
Kate Yateman-Smith, on-trade brand manager for Pimm’s at Diageo GB, said the activity aims to build on the fruit cup brand’s success in pubs and bars last summer, when the on-trade accounted for 59% of Pimm’s sales.
“2012 is set to be one of the best British summers in living memory with consumer excitement already building around the Queen’s Diamond Jubilee and popular sporting events,” she said.
“Consumers want to feel united in celebrating all that is great about Britain, and Pimm’s, which was awarded a Royal Warrant by Her Majesty the Queen in 2010, taps in to this sense of patriotism.
“Giving consumers a great tasting serve is key to success with Pimm’s, so outlets are being advised to ensure they have fruit and garnish ready and prepared throughout the summer season.”