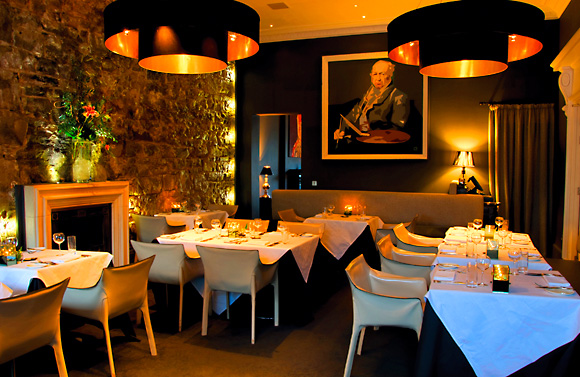 ACCLAIMED chef Mark Greenaway will take a step towards becoming a household name this month as the only Scottish-based chef to appear on the new series of Great British Menu.

Greenaway, who opened Restaurant Mark Greenaway in the venue now called No.12 Picardy Place in Edinburgh last February, is one of three Scottish chefs competing for the opportunity to prepare part of The Olympic Feast.
The other two Scottish competitors – Colin Buchan and Alan Murchison – are both based south of the border.
Buchan is head chef at Gordon Ramsay’s York and Albany restaurant in London, while Murchison is executive chef at Berkshire fine dining restaurant L’ Ortolan. Murchison is also a veteran of the Great British Menu, having appeared on the show at various times as both a competitor and a judge.
Speaking to SLTN last week, Greenaway revealed he had been keen to participate in the BBC series for several years.
“It’s amazing to be chosen out of the whole of Scotland,” he said.
“If you’re competing from the north west [of England] you’re competing for your region, but if you’re from Scotland you’re actually representing your country, so it’s a massive honour. 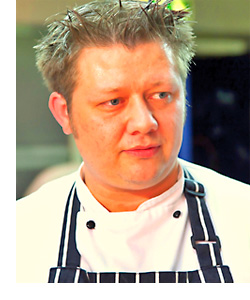 “It’s one of those shows that every chef would want to be involved with, and as much as it is great fun, and it really is, it is also a huge honour to go down there and represent Scotland, and to try and break away from the stigma Scotland has with food.
“We invented the deep-fried Mars bar, but that’s not what Scottish food is all about.”
The show’s format involves three chefs from each of the UK’s eight regions competing against each other. Each chef prepares a four-course meal, which is judged by a panel of experts.
The winners of each regional heat then compete against each other for the chance to prepare one of the courses at the Olympic Feast.
Greenaway said that as the only Scottish-based chef in the competition he was determined to use only Scottish produce in his cooking.
“Because I’m representing Scotland I wanted all my ingredients to be Scottish,” he explained.
“I used all my own Scottish suppliers because I know the produce and how good it is.
“When you work as closely with your suppliers as I do you can be
assured of the quality.”
Filming of the show has already taken place, with the participants sworn to secrecy about the results, but Greenaway is hopeful that the added exposure will help raise the profile of Restaurant Mark Greenaway when the programme airs next week.
“I don’t know the exact viewing figures but it’s something like four million viewers a night,” he said.
“It’s like anything when you’re running a business – every single award you win and every time you get a reviewer saying you’re worth coming to is a massive thing, especially in this economic climate.
“So every time you get something like that you notice the bookings [go up]. We hope it’ll have a huge impact on business.”
The seventh series of Great British Menu kicks off on April 9 on BBC2.