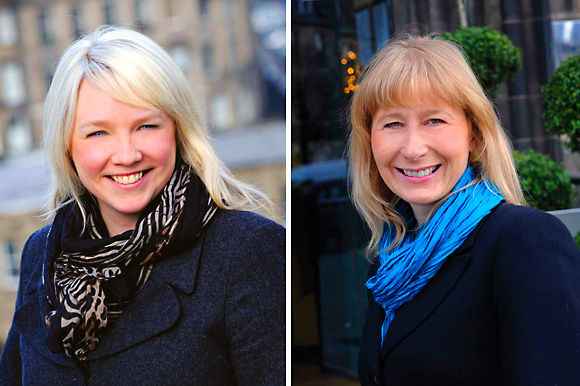 Alison Mathewson takes the reins as general manager of the five-star hotel, having previously held positions at the Thistle Hotel in Glasgow, the Stakis Normandy Hotel in Renfrew and Swallow Hotels in Glasgow and Peterborough.
She is joined by Leigh Craig, who has been recruited as director of sales and marketing at the hotel.
Craig has previously held roles at companies that include the City Inn/Mint Hotel in Glasgow and Greens Health & Fitness clubs.
“We’re committed to providing the ultimate in bespoke luxury service to all our guests, right at the heart of the city,” said Mathewson. “We have some exciting developments underway for The Glasshouse and I am very much looking forward to working with the team to being these plans to fruition in 2012.”

Images: Leigh, left, and Alison, said they’re excited about their new roles at the five-star business.