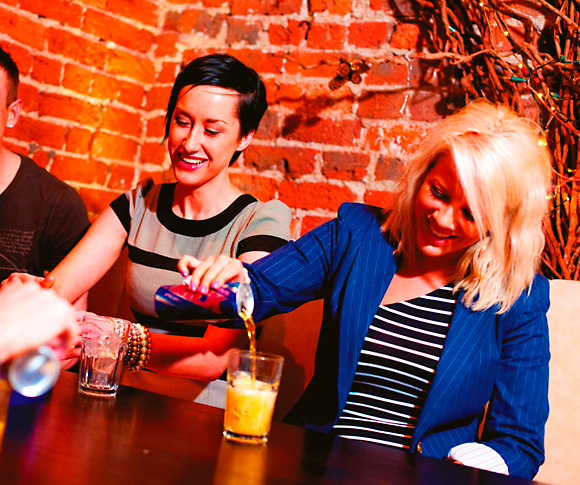 ENERGY drinks were the soft drinks success story for bars and clubs in the last 12 months, according to Britvic’s 2012 Soft Drinks Report.

While sales of all soft drinks declined in the on-trade last year, down 4% in volume terms and 1% in value to £2.7 billion, the volume of energy drinks sold in ‘on-premise’ soared 9%, with value up 16%.
The trend for drinking ‘bombs’ (a spirit mixed with an energy drink) is credited with boosting sales in the on-trade – a finding the firms behind some of the UK’s biggest energy drinks brands acknowledge.
Simon Green, marketing director at Global Brands, parent company of Kick Energy and energy shot Kick Ultra, said operators who promote the versatility of energy drinks as a mixer – both in bomb serves and long drinks or cocktails – stand to benefit.
“Now that consumers are spending more when they go out, it’s important for licensees to maximise spend in-outlet, and cross-promotion of energy drinks with spirits is the perfect way to do this,” he said. 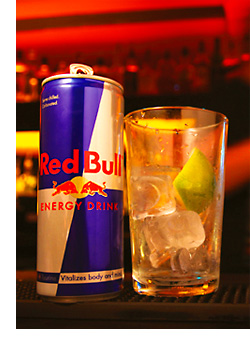 “Obviously bomb-style serves are still hugely popular in the on-trade, and our Cherry Bomb (25ml Opal Rossa Blood Cherry liqueur with Kick) is performing well with consumers who are looking for an alternative to a bomb serve with herbal liqueur.
“Kick Energy also mixes well for use in cocktails and long drinks, and we’re promoting the Glitterball – 25ml Goldschläger cinnamon schnapps topped with Kick Energy.
“Good visibility, providing cocktail and share serves on drinks menus, and stocking those brands with continued, targeted investment is key to driving sales of energy drinks.”
Green’s advice was echoed by Tom Smith, communications manager for Red Bull, who said the emergence of so-called ‘weekend millionaires’ is boosting sales of energy drinks. But he stressed prices and products should be communicated well.
“With the weekend millionaires out in force and prepared to spend more on drinks, it’s advised that you steer them towards high-margin offers to drive profits,” Smith said.
“Energy drink consumers are the biggest spenders in the on-trade but, like any category, they want to know what they’re going to be paying.
“Menu listings and finished drink pricing needs to be communicated so as not to miss out on sales.
“In terms of making a success of the category, it’s about getting the basics right.
“Perfect serve is one of the most fundamental elements in outlet and the one which will drive sales and value into the category.
“Customers expect a full can and it’s essential this goes over the bar.
“The iconic nature of the can acts as a visual trigger to purchase so other consumers seeing it around the venue will be prompted to buy, driving incremental sales of a high margin drink.
“Good visibility remains key to driving sales so position energy drinks in the top shelf of the fridge or go for a branded cooler to maximise visibility.”
Both firms also stressed the importance of stocking low calorie variants of energy drinks.
Smith at Red Bull said there are “real opportunities to drive profits” by focusing on consumer trends and seasonal needs.
“Red Bull Sugarfree is a product that perfectly suits the calorie-conscious consumer, offering them all the energy of Red Bull with just eight calories,” he said.
And Green at Global Brands highlighted Kick Ultra – a concentrated energy shot available in a 70cl bottle exclusively to the on-trade – as a low calorie alternative, with just ten calories per 25ml serve.
“A 25ml measure of Kick Ultra is equal to half a can of Kick Energy in terms of caffeine delivery, so it allows consumers to experience a new way of consuming energy and licensees to improve profit margins,” he added.