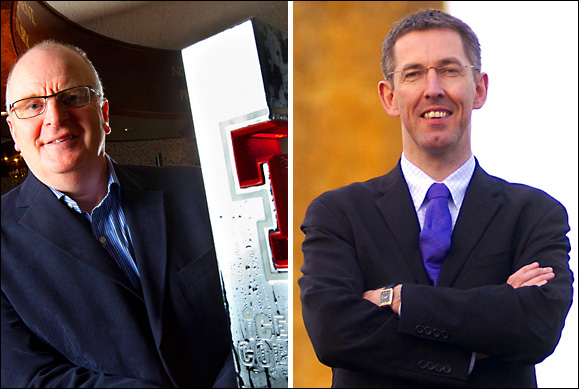 TENNENT Caledonian Breweries (TCB) strengthened its grip on the Scottish lager scene last week when it secured a deal to become the main beer supplier for Maclay Inns.

The Glasgow brewer is looking forward to driving sales of its core brands – Tennent’s lager, Caledonia Best ale and Magners cider – and other craft beers in Maclay’s 26 managed pubs after winning the deal from Belhaven.
And Maclay is gearing up to kick-start its acquisition programme as a result of the agreement, with Tennent’s owner C&C Group confirming that it would provide funds to help the Alloa-based operator expand its portfolio.
TCB sales MD John Gilligan said the “high standards” maintained by Maclay in its pubs made it an attractive opportunity to showcase the brewer’s brands.
But although Tennent’s will support Maclay’s expansion plans, which could start to bear fruit as early as this month, he insisted the brewer has “no plans to become a pub group”.
“It’s a great fit for TCB as we do not intend to become a pubco but we are looking to help others develop,” he told SLTN.
“We can provide brand and promo support plus financial support for our partners.
“Maclay has built up an excellent estate that gives us
a super platform for our brands.”
TCB began supplying beer directly to Maclay’s pubs, which include The Rule in St Andrews, the Lansdowne in Glasgow’s west end, and Balloch’s Tullie Inn, on April 1.
Maclay MD Steve Mallon told SLTN that securing “competitive terms” with the owner of some of its best selling beers was “a big step forward”.
And he said the funding element of the deal had been a crucial attraction, as the trade’s ability to acquire bank funding and private equity partners (Maclay has previously used Enterprise Investment Schemes) had become constrained in recent years.
“It starts the wheels moving in terms of our acquisitional capability,” Mallon said.
“With the banks drawing on their horns in terms of lending to our sector, to have funds included as part of the deal makes all the difference and will allow us to start moving forward again.”
Mallon said Maclay, which was due to report its latest annual results, and appointed a new chairman, Michael Denny, as SLTN went to press, had already identified targets for acquisition and could start bidding this month. The company aims to double its estate over the next five years but said its progress would be “cautious” and determined by the quality of outlets that come on to the market.
Maclay’s new supply deal allows it to source certain products outwith the Glasgow brewer, though with Tennent’s now supplying a range of Scottish craft beers it expects it to cover most of its beer needs.
Euan Venters, brewing and brands boss at Belhaven owner Greene King, told SLTN the firm was “delighted to continue to supply a selection of brands to Maclay”.