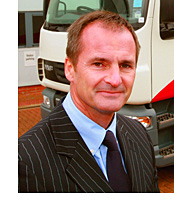 ANDREW Ramsden has been appointed chief executive officer of DBC Foodservice for the second time, as the company looks to embark on a period of expansion.

Ramsden was previously chief executive of the company between 2007 and 2010.
Managing director Chris Horne said he was “very pleased to have him back both as a colleague and as a sounding board for the business”.
Ramsden said he was “very excited” to be re-joining the company.
“I am very much looking forward to working alongside the board as the company continues to develop its strong customer base and lead the largest British-owned foodservice company into a highly profitable future,” he said.