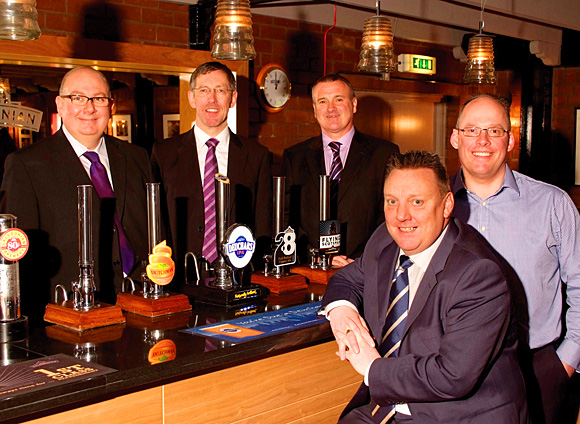 THE boss of Caledonian Brewing Company was last week elected president of the Scottish Beer and Pub Association.

Stephen Crawley took over from Ken McGown, sales and operations director with S&NPC, who stood down after his term in office. Other office bearers elected at the SBPA’s AGM, which was held at Caledonian Brewery on March 13, include Steve Mallon, MD of Maclay Inns, who took over as vice-president; and Ric Fyfe, retail business manager with Mitchells & Butlers, who was appointed treasurer. All new office bearers will serve until March 2014.
SBPA chief executive Patrick Browne said former president Ken McGown had led the SBPA with “tremendous energy and enthusiasm”.
“Ken will be a hard act to follow but the SBPA’s new team of office bearers are looking forward to leading the association and the membership over the next few years in responding to any future challenges facing the industry,” he said.