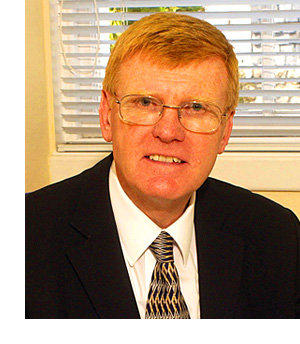 CONVENIENCE retailers in Scotland are £4000 worse off under current licensing legislation – while more than 40% of local authorities have made a profit from administering the new system.

That’s the damning conclusion of a report by the Scottish Grocers’ Federation (SGF), which claimed the 2005 licensing Act has cost Scotland’s 5600 convenience stores a total of £22.4 million since it went live on September 1, 2009.
The study, which is based on Freedom of Information (FOI) requests, revealed huge variations in the cost of administering the licensing regime between local authorities – from an average of £354 per outlet in the Highland council area to £2502 per premises in South Lanarkshire.
Eleven of the 27 local authorities which provided the SGF with figures covering the period since the legislation came into force have profited from administering the system, according to the report; two councils were unable to supply figures and information from three authorities didn’t cover the entire period.
Glasgow has made £746,697 in the last three years, Highland Council has profited by £451,176 and Stirling is up £278,943, according to the figures obtained by SGF.
The study also shows that several authorities have made substantial losses from administering the licensing regime, with South Lanarkshire down £3.9 million, Renfrewshire in the red by £1.3m and North Ayrshire recording a deficit of just over £1m since the legislation was brought in.
The SGF said the findings raise “serious questions about the transparency, accountability and proportionality” of the licensing regime.
“We don’t understand why South Lanarkshire has to spend £2000 per premises administering licensing, when the Highlands can do it for about £350,” SGF public affairs advisor David Martin told SLTN.
“And why is it that Edinburgh, which has a similar number of licensed premises to Glasgow, has to employ twice as many LSOs?
“These are all variations that the government should be looking at, because at the end of the day it’s [affecting] companies that are already struggling under a raft of legislation.”
SGF chief executive John Drummond said licence holders are paying “over the odds” for a system which is “cumbersome and which is lining the pockets of some local authorities”.
The SGF published its survey ahead of a planned review of licensing fees by the Scottish Government.
A spokesman for the government said: “The review will be conducted independently of government and the consultant will determine who they need to speak to. However, it is likely that they will engage fully with all perspectives within the licensed trade, licensing boards and others with a view.”