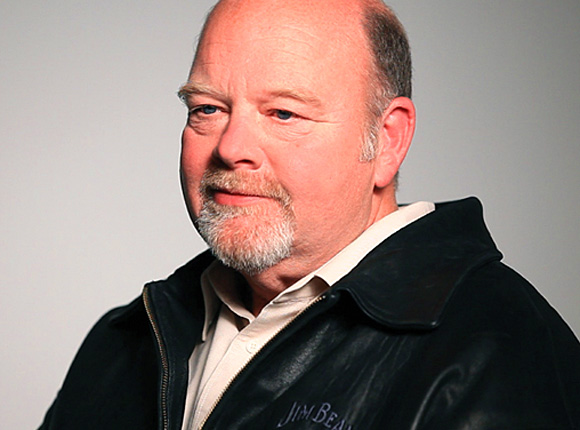 THE bourbon category is only scratching the surface of its potential global appeal, according to the master distiller of one of Kentucky’s oldest brands.

Fred Noe, the seventh generation of the Jim Beam family to hold the prestigious role, was in Scotland last week, introducing the brand to consumers and educating staff at distributor Maxxium UK on the finer points of a whiskey that dates back to 1795.
His visit coincided with a spell of sustained “good health” for bourbon in Scotland, with figures supplied by Maxxium (courtesy of CGA) suggesting the value of sales was up 4% overall in the year to December compared to the year before.
The picture looked even better in the on-trade: growth of 4.3% was recorded for the period, though Maxxium said the market had stabilised “having gone through a period of rapid growth”.
Noe, who succeeded his late father as master distiller at Jim Beam 29 years ago, said the signs were looking good for the spirit, and not only in Scotland.
“There’s a great opportunity all over the world [for bourbon],” he told SLTN.
“Some of our new innovations, for example Red Stag, a black cherry infused bourbon, have brought people to the category who had never tried bourbon before, or if they had tried it they didn’t like it.
“It’s also bringing female consumers into the category.
“So there are some exciting times ahead for the bourbon category, and not just in the US and Scotland but emerging markets like India.”
The mixability of innovations like Red Stag, which Noe describes as a straight Kentucky bourbon with a sweet finish, are helping broaden Jim Beam’s appeal. The distiller said they work especially well in classic cocktails like the Manhattan and the Old Fashioned, with the black cherry infusion meaning bartenders don’t need to add any extra sugar.
Once consumers have acquired the taste Noe reckons the way is clear for them to graduate to other bourbons, such as a Jim Beam original or a Knob Creek.
That bourbon seems to be appealing to younger adults in a way that perhaps Scotch whisky is not was affirmed by Eileen Livingston, Maxxium UK’s marketing controller for imported whiskies.
“Bourbon is more popular than other whiskies amongst younger adult drinkers because it’s very easy and interesting to mix and it’s more accessible,” she said.
“It is an extremely versatile spirit that provides a good balance of intense flavour and sweetness to cocktails.
“There are more classic bourbon cocktails than Scotch or Irish cocktails to draw inspiration from and Scotch is often still considered a hallowed spirit, never to be mixed with more than a drop of water.
“Young adult consumers tend to reject ‘what their dads drink’ and bourbon, via mixability, has been very successful in bringing these new consumers into the whisky category.”
For Noe, educating consumers about the spirit is fundamental to building bourbon’s appeal and it’s something he’s delighted to do in his role.
“I enjoy talking about the product and educating on the finer points of bourbon – what makes a bourbon, how to enjoy it, how to smell it and how to taste it,” he said.
“We’ve had Wayne Collins and the Mixxit team preparing cocktails to let people experience bourbon cocktails.
“It’s all about education, even in what we think of as a mature market like the US.
“There’s still a lot to learn – new consumers are coming in and there are older consumers who don’t really understand what bourbon is about.
“Education is key.”