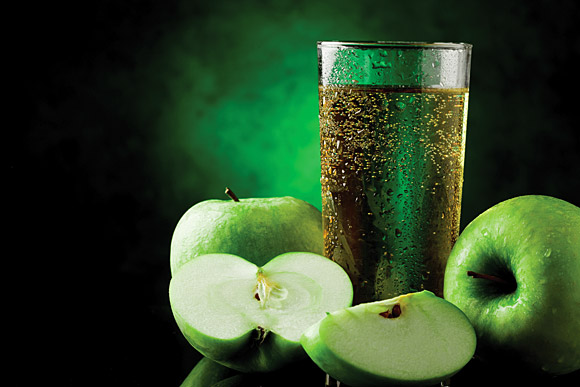 CIDER consumption in the UK has soared to nudge ahead of lager, new research has claimed.

The “steep sales growth” experienced by cider in the past five years, as sales of lager have declined, has put the two categories on an almost equal footing in consumption terms, according to the report by market research firm Mintel.
The study reveals that the percentage of Brits drinking cider has risen from 42% ten years ago to 47%, despite a drop in the UK adult drinking population from 88% to 82% in the past five years alone. This is compared to the 46% of Brits identified as lager drinkers.
Describing cider as the “undisputed success story” of the past six years, the report said volume sales rose by just under a quarter (24%) between 2006 and 2011, while the value of cider sold in the UK climbed from £1.7 billion to £2.4bn.
Beer, meanwhile, lost £2.2bn in revenues between 2006 and 2011, according to the report, although its total revenues in the UK top £11.4bn. And wine saw a decline in its proportion of UK drinkers, from 66% in 2007 to 58% last year.
Jonny Forsyth, senior drinks analyst at Mintel, said there’s scope for further growth in the cider category, forecasting volume sales will increase by 12% by 2016 and value sales by a third as annual above-inflation duty continues to push up retail sales prices.
“This is in a highly challenging context for alcohol but cider has had the advantage of a lower tax than that borne by many competitors which it has invested wisely – especially in constant innovation,” he said.
“Today, a third (34%) of alcohol drinkers who do not drink cider claim that it ‘never occurs to them to do so’ rather than them actively disliking it.
“This is a result of cider not being able to compete with lager when it comes to being a ‘session drink’ rather than something you have one or maybe two glasses of, due to the sweetness of its flavour. If cider can develop its taste profile – and perception – to account for those with less sweet as well as sweeter palates, it has the potential for a broader appeal.”