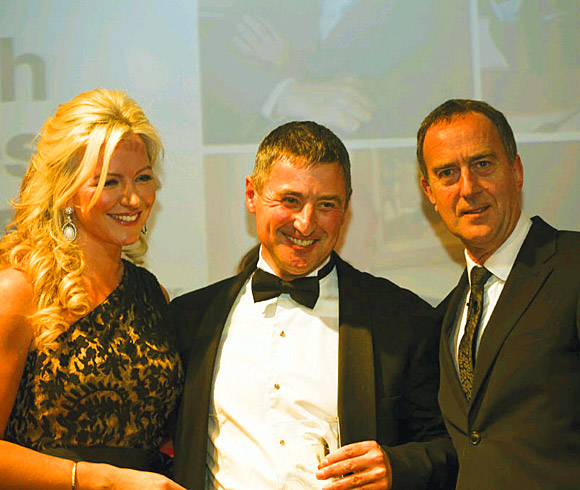 A MARKETING campaign for Belhaven Best has triumphed at the Scottish Business Awards.

The ‘Scotland’s Best’ campaign was named Marketing Strategy of the Year at the event at Edinburgh International Conference Centre.
Euan Venters, MD of brewing and brands at Belhaven’s parent company, Greene King, said: “This award is a fantastic boost for everyone at Belhaven and serves as deserved recognition for all the hard work everybody at the brewery has put into making Belhaven Best Scotland’s Best.”
The marketing award came after staff at Belhaven’s managed pubs were honoured in its annual awards scheme.
Shaun Donnellan of Molly Malones in Glasgow was named manager of the year while Mags Turner of the Carrick in Irvine was named best newcomer.
Aberdeen’s Prince of Wales took the best beer quality award, Stewart Adam of the Merlin in Edinburgh was named best business builder, and Ian Tasker of the Post Office in Broughty Ferry took the health and safety award. The training and development award went to Aileen Mitchell of the Starbank in Edinburgh, while Diane Valentine of the Maltings in Perth took the catering and food award.
Darren Young of Aberdeen’s Old Schoolhouse took the exceptional award, Amanda Gerlach of the Old Brewery in Alloa was named marketing champion, and the lifetime achievement award went to George Den Kaat of Dunfermline’s Seven Kings.