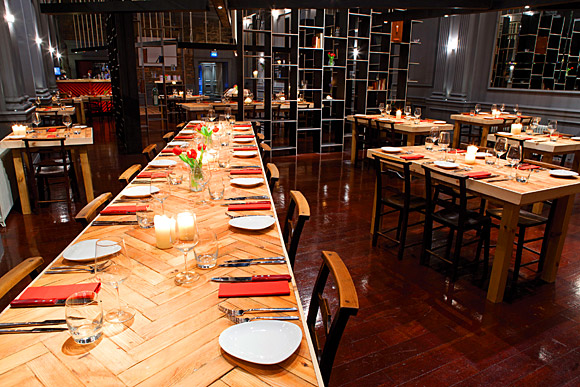 ONE of Edinburgh’s newest restaurants has set its sights squarely on capital carnivores.

Steak Edinburgh launched last month in Brown Taylor Group’s No 12 Picardy Place, a sister outlet to the venue’s Restaurant Mark Greenaway.
In fact it was Greenaway who recruited Jason Wright, former head chef at Edinburgh seafood restaurant Ondine, to head up the new steakhouse.
Though they had never worked together before, the chefs knew each other socially and Greenaway wanted someone he could trust to helm the sister operation.
“He was wanting to concentrate on his restaurant, so the idea (for Steak) was there but they wanted someone that could do the job, design the menus and pull the whole thing together, working with the company,” Wright explained.
“From being in his [Greenaway’s] kitchen and seeing the way that he works, he’s exactly the same in his kitchen as I am. That’s why we get along so well.
“We’ve been bouncing ideas off each other and you can just see that it’s going to be a good relationship.”

I’m working only with local suppliers – the Borders is as far as I’ll go.

Having accepted the job, Wright’s first stop was London to compare the best steak restaurants with their counterparts in Edinburgh.
Wright said the trip gave him some clear ideas of what he wanted to achieve.
“Looking at steak restaurants in Edinburgh, what I find most people have got wrong is that they make up normal a la carte menus and then they think ‘let’s chuck a couple of steaks in and make it a steak restaurant’,” he said.
“That’s not the way to go.
“Fundamentally, this is a steak restaurant – the focus is steak.
“I’ve got 17 cuts of beef on my menu, from three different breeds of cattle, which nobody else has.”
A cursory glance at the menu confirms the culinary focus – although other dishes are available, such as oysters and pork or lamb cutlets, steak takes centre stage.
And the choice is broad.
In addition to standard cuts of sirloin, fillet, rump, rib eye and T-bone, consumers can select from sharing dishes of Chateaubriand, beef Wellington and cote de boeuf or opt for a £50 tasting menu.
This ‘head to hoof’ set menu is entirely bovine-focused, with every course having some relation to the cow – from the starter of crispy beef tongue salad to the main courses of steak tartare and cote de boeuf; desserts on the tasting menu include suet toffee pudding and salted beef caramel.
Steak also offers brunch on Saturday and Sunday, a set pre-theatre menu and a slimmed down late-night selection between 12am and 2am on Friday and Saturday nights.
“Mark and I got together and spoke about [the menu] at the very start, but then I took it in a direction of my own,” Wright explained.
“The entire menu is my baby. I took it on a journey that I think is going to grasp the public and make them go ‘wow, let’s go and eat there’.”
The restaurant’s cow-centric approach carries through to the drinks offer, with customers able to choose from a selection of milkshakes and a cocktail list offering drinks such as the ‘steak Manhattan’.
Wright is confident of reaching a broad audience with what Steak has to offer.
“I’m going to get people from all walks of life through the door,” he said.
“If somebody wants to come in that’s very high-end and they want to pay £65 for a Chateaubriand then they can do that, but they’ll be sitting next to Joe Public, who’s eating a cottage pie.”

I’ve got 17 cuts of beef on the menu from three different breeds of cattle.

While the restaurant aims to attract a diverse clientele, Wright is much stricter when it comes to suppliers.
All of the produce used in the restaurant is locally-sourced, with the meat coming from three separate butchers, fruit and veg from Lothian-based Mark Murphy and Wild Tastes in Fife, and Braehead Foods supplying dry goods.
“I’m working only with local suppliers,” added Wright.
“The Borders is as far as I’ll go.
“All my meat is coming from family-run butchers. Campbells are supplying me with certain bits. I’ve used Campbells for years so I’ve got a great relationship with them.
“I’m using Henderson’s butchers up in Glenrothes, and also Gilmour’s out in Macmerry. I like to keep it all in Scotland.” 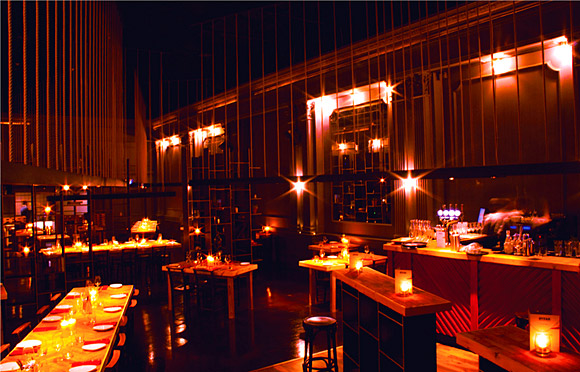