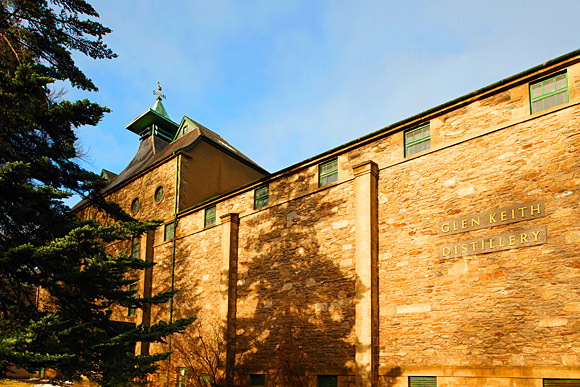 CHIVAS Brothers is set to breath new life into a mothballed Speyside distillery – its third such relaunch since 2005.

Growing demand for its whiskies, particularly in emerging markets, has prompted owner Pernod Ricard, whose brands include Chivas Regal, Royal Salute, The Glenlivet and Scapa, to restart production at the Glen Keith distillery in Speyside in April 2013.
Glen Keith has been ‘silent’ since March 1999 and is currently used as a filling store; a technical centre, where quality testing is carried out, is also located on the site.
Once reopened, Glen Keith will have a capacity of six million litres of malt spirit, resulting in a 10% to 15% uplift in the firm’s malt distillery production capacity.
The move to reopen Glen Keith comes after Chivas restarted production at fellow Speyside distilleries Allt a’Bhainne in May 2005 and Braeval in July 2008.
Half-year results published by Pernod Ricard last month showed an uplift in global sales of its whiskies. Net sales of Royal Salute soared 34% in the six months to December 31, 2011, while The Glenlivet climbed 19% and Chivas Regal saw a 13% uplift in sales.
Christian Porta, chief executive of Chivas Brothers, said the reopening of Glen Keith, which will be Chivas’ 12th operational malt distillery, is on track for next year.
“We announced to our employees last year that we will be reopening Glen Keith distillery in April 2013 after more than ten years of non-production,” he said. “This is great news for Chivas Brothers and a clear indication of the continuous increase in the demand for our Scotch whisky brands.”