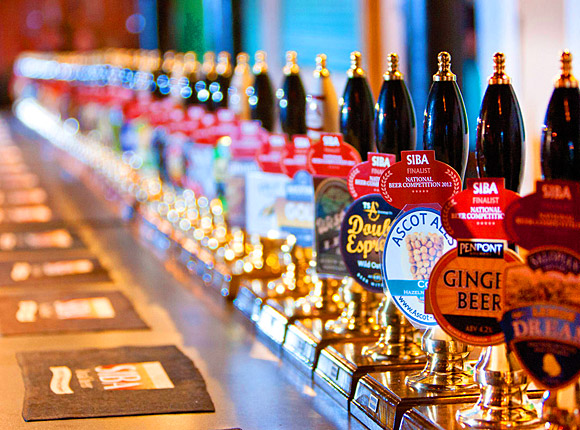 BREWING lobby groups have upped the pressure on the UK government to rethink its beer taxation policy ahead of this month’s Budget.

The Society of Independent Brewers, which represents 550 local brewers around the UK, and the British Beer & Pub Association joined forces with CAMRA to support an Early Day Motion in Parliament calling for the drinks duty escalator to be suspended.
Introduced by the previous UK government, the escalator has seen duty rise by 2% above inflation since 2008 and could lead to a 5% rise later this month. According to the BBPA, it could result in 10p being added to the price of a pint.
Tabled by Andrew Griffiths MP, chairman of the All Party Parliamentary Beer Group, and supported by MPs from the three main parties, the EDM urged the coalition to protect the viability of the brewing industry and the valuable jobs it provides, particularly among young people.
It comes after research from Oxford Economics, commissioned by the BBPA, found that 300,000 16-24 year olds depend on the wider hospitality sector for employment, which the trade group argues could be at risk from current tax policy.
SIBA expressed similar fears as it launched its Local Beer Report 2012 on February 26, claiming that the UK’s “thriving” small brewing industry is “threatened by punitive levels of taxation”.
The SIBA report said its members saw volume growth of 9.7% last year, in contrast to a 3.5% decline across the beer category as a whole, and increased staffing levels by 25%. It also confirmed that two-thirds of its members invested in new premises and equipment to meet growing demand for their products.
SIBA said the tax breaks brought by the Small Breweries’ Relief scheme, introduced by the Labour government in 2002, had been key to the growth of the UK’s local brewing sector over the past decade.
But it claimed the industry’s ability to grow further and create jobs will be stymied by the duty escalator, amid fears that the tax burden is forcing pubs – a vital route to market for locally-made beers – to the wall.
SIBA also argued that current alcohol tax policy runs counter to government hopes to reduce alcohol-related harm, saying it’s causing consumers to stop drinking draught beer with a relatively low alcohol content in pubs in favour of stronger drinks from supermarkets.
“What frustrates us, in our pre-Budget campaigning this year, as in previous years, is the government’s inconsistent approach to local brewing,” said chief executive Julian Grocock.
“They can see the positive results of their investment, in the form of SBR, and yet they seem unable to apply the same logic to pubs, which are, like small brewers, capable of making a valuable contribution to their local economy.
“The current beer taxation regime amounts to disinvestment in the local brewing industry.”