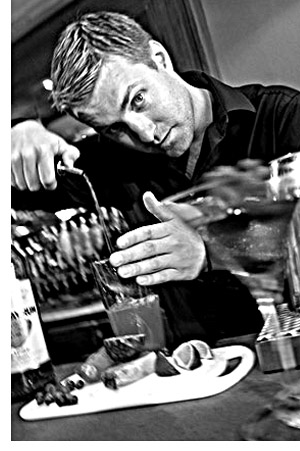 IN my job I am constantly on the look out for the ‘next big thing’ – whether it’s a new serve, ingredients or a drinks category.

Port and Sherry have been talked about as ‘cool’ categories for discerning drinkers, not just your gran, for the last couple of years now and research has shown there is a whole new demographic now turning to fortified wines.
Mixologists have been using this category as a modifier for over a hundred years and love the way vermouths, Sherries and Ports can complement a base spirit such as gin.
Now some new drinkers are also enjoying it straight, either before or after dinner.
In today’s cocktail culture, bartenders the world over are fascinated with recipes from vintage and forgotten cocktail books of days gone by.
This has led to a growing interest in many old-style mixed drinks, particularly those from the late 19th century, which has, in turn, generated interest in how frequently Port and Sherry were used in the make-up of many fashionable mixed drinks of the time, like Punches, Cobblers and Flips.
Traditionally in the UK, Port is seen as an after-dinner drink for crusty old men, and Sherry a sweet sticky concoction your gran drinks after the Queen’s speech.
However, they are being reappraised and play an integral part in the fabric of cocktail culture and quality mixed drinks. Fabulous concoctions like the Port Wine Cocktail and the Sherry Cobbler are waiting to be rediscovered.
After a few years spent out of fashion, Sherries and Ports represent some of the very best value in terms of quality for price of any alcohol category. This, along with the constant search for the next hot category, is creating a lot of interest and excitement in them.
So whether mixed or drunk as is, this category seems to be gaining momentum.
The new generation trying these different fortified wines seems to understand the time and effort taken to create some of the better brands.