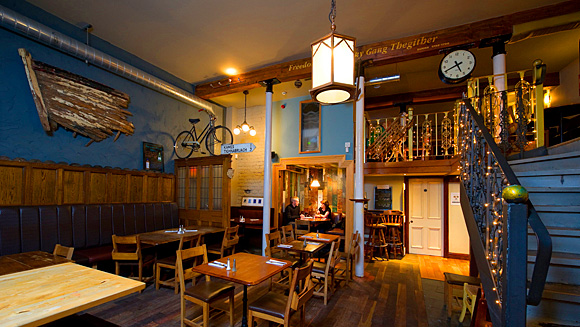 GLASGOW bar and restaurant Stravaigin is claiming to be the first in Scotland to host a Charles Darwin-themed Phylum feast.

Phylum feasts take their name from the scientific system used to classify the living world and involve the use of as many different species as possible. They are inspired by Charles Darwin’s approach to food.
A gourmet himself, Darwin’s university days saw him preside over The Glutton Club, an organisation dedicated to sampling as many different types of meat as possible. This appetite continued during his later world travels.
In this spirit the Stravaigin event, which takes place at the Gibson Street restaurant today, will include a five-course meal that contains more than 50 different flora and fauna, including molluscs, crustaceans and beetles.
“The Glutton Club sounded [like] an extraordinary experience and we wanted to bring a little bit of Darwin’s sense of adventure to the restaurant this month,” explained Stravaigin co-owner Carol Wright.