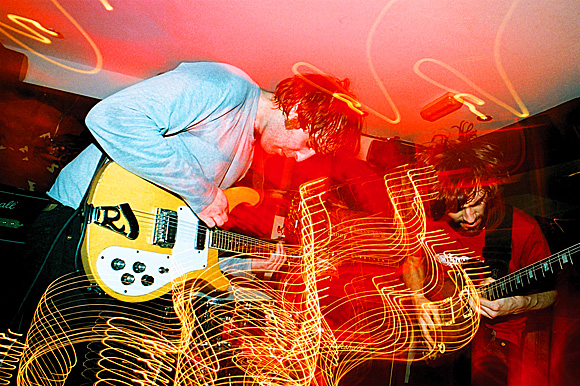 THE “ethical” treatment of musicians is what sets a good music venue apart from its competitors – so says the venue manager of bar Bloc.

The Glasgow outlet, which was named SLTN Music Bar of the Year last November, in association with PRS for Music, has a policy of paying every musician that performs at the venue, and also provides resources like sound engineers free of charge.
It’s an approach that has served the venue well, according to Chris Cusack.
“Even although the venue is free entry, it’s just basic logic that these bands are what’s bringing people into the pub and therefore are helping us to sell our merchandise,” he said.
“As such they are entitled to be rewarded for that. It’s a real cornerstone of the bar’s ethical policies that we pay every act that plays in here.”
Owned by operator John Burns, Bloc has been in business for more than a decade, though it is in the last seven years that it has turned its attention to live music.
Burns, through previous venue manager Craig Carrick and, latterly, with Cusack, has sought to establish the bar’s live music credentials with customers and bands.
As well as increasing the number of gigs at the venue and paying every act that performs, a van has been bought that touring bands can rent at cost price in return for performing the Glasgow leg of their tour in Bloc.
Cusack’s appointment early last year coincided with a renewed focus on live music that saw the bar install new sound equipment and facilities, as well as refresh its online presence.
“We tried to sidestep [social media] for a long time,” said Cusack.
“Personally, I’m not really involved with that kind of stuff.
“But ultimately you’re kind of fighting against the tide. So many people rely on it now, with Facebook especially.
“We realised when I took over that there was no getting away from the fact that we had to modernise.”
The decision to embrace social media seems to have paid off.
Cusack claims the bar now has a Facebook contacts list of just under 5000 people, which acts as an important tool for promoting gigs.
And getting the message out is essential, as Bloc stages live music almost every night, with gigs running the gamut of alternative music, from punk to electronica.
According to Cusack, appealing to a wide variety of music fans is key to the live music venue’s success.
Of course, the success of any venue lives or dies on the quality of its acts, and Cusack said Bloc’s reputation for treating musicians fairly has helped it attract a wide range of established as well as up and coming acts.
“I have so many options to put on acts that we have got to a level where they are professional in their conduct and their musicianship,” he said.
“It makes it easier to run the business as well, because the more experienced bands turn up on time, their gear tends to be better, they’re better organised, they’re more professional and quicker at sound checking.”
It was this dedication to attracting new and established acts that ultimately led to Bloc’s award win last year, according to sponsor PRS for Music.
“Bloc were deserved winners not only because they are committed to a policy of live music in their bar but they also have a policy whereby they aim to support up and coming musicians and bands,” it said in a statement to SLTN.
“They don’t just book established bands but actively look for fresh talent and give them usage of their Bar Bloc van.
“It’s brilliantly innovative and it was felt unanimously that they were worthy winners.”