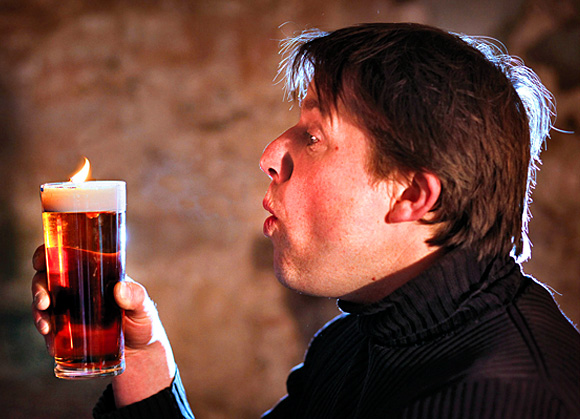 THE Scottish Borders Brewery reached a landmark on its first anniversary earlier this month with the production of its 250,000th pint.

The ‘plough to pint’ microbrewery was set up by John Henderson in a converted farm steading near Jedburgh last February to produce cask ales using barley grown in its own fields and on-site spring water.
John said the business has grown to supply more than 200 outlets across central Scotland and the north of England with its five-strong portfolio of cask ales, including the recently-launched Holy Cow and Wee Beastie.
”When we rolled out our first casks in February 2011 we knew that for sustainability we needed to establish a network of at least 20 customers,” John said.
“We have achieved ten times this in the space of just 12 months. The response we have received to all of our products has been amazing.
“Our combination of local provenance and our commitment to producing great-tasting cask beers has enabled us to rapidly gain a strong customer base and establish ourselves as a player within the Scottish real ale market.”
The brewery aims to grow distribution to more than 250 premises this year and increase production to 120 casks per week.