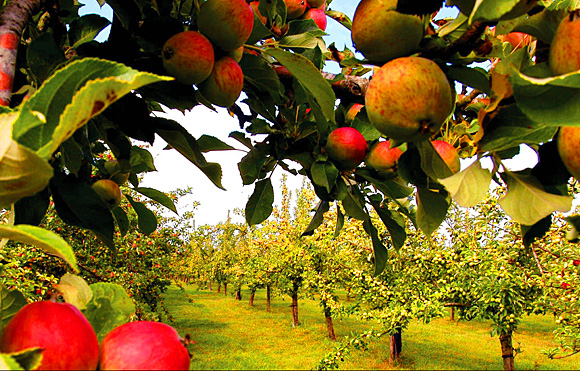 DUTY is seldom far from the minds of those who earn a living from the drinks trade at the best of times, but with the Budget less than a month away, it’s safe to assume the subject is starting to dominate the thoughts of many.

Cider makers are no different and as Chancellor George Osborne prepares the contents of his red briefcase, there are fears a further tax hike could hamper a category that’s gone from strength to strength in recent years.
“There has been much to celebrate in the progress of cider in the last decade,” said Aspall joint managing director Geoff Bradman.
“However, in the current economic climate, with lower consumer spending, the situation is very fragile.
“We strongly believe that a further increase in next month’s Budget is unlikely to increase revenues, as demand will be suppressed.
“Even a small increase in duty could have disproportionate and serious consequences for the cider industry.”
On the surface, the cider industry might seem like an easy target to a government looking to raise as much revenue as it can.
Cider brands are recording sales increases at a time when other drinks categories are struggling.
However, brand owners and producers argue that cider is unique in the UK drinks industry, and duty rates should reflect this.
Front and centre in this fight is the National Association of Cider Makers (NACM), the trade organisation that represents cider producers across the UK. Speaking to SLTN, NACM spokesman Simon Russell said the argument against rising cider duty boils down to two main factors.
The first is that an increase in price could reduce demand for the product, effectively cancelling out any benefits to the Treasury. The second is that cider, as a product, is said to require a greater level of investment to produce in the first place.
“The investment cycle for cider makers is measured in decades,” Russell explained.
“You plant an orchard and it takes five years for you to get the first meaningful crop from it and it takes a decade for it to break even. You measure the lifetime of the orchard over 25/30-plus years and investment decisions are made in those terms.
“Things like presses, as well, are vital to the production of cider, and they get used for three months of the year and mothballed for the other nine.
“By comparison, you can find the ingredients and brew beer every day of the year, as you can with the distillation of spirits for rum, whisky or whatever. It’s a very different proposition for cider.”
Last month the NACM hosted the latest of its Parliamentary receptions, a twice-yearly series of events aimed at educating politicians about the cider industry. January’s event focused on the industry’s commitment to sustainability, including a pledge from NACM members to be both carbon and waste-neutral within the next decade. To this end, the association has joined forces with charity organisation Business in the Community in order to identify areas in which the industry can improve its sustainability.
This was followed by a separate presentation to Chloe Smith, economic secretary to the Treasury, on the Budget.
“We genuinely think there are some unique features to the cider industry,” said Russell.
“It’s the most sustainable of all drinks industries by some measure, but also one of the most sustainable industries full stop, because we plant trees, which is good for our collective carbon footprint.”
Meanwhile, John Gemmell, trading director north for Heineken, the company behind the Strongbow, Bulmers and Jacques brands, said an increase in duty could have a negative impact on the wider economy.
“Cider is a category that has its roots in the heart of the British countryside,” said Gemmell.
“Cider-making is dependent on apples grown by British farmers and the industry invests in the long term sustainability of the communities in which it is based.
“We ask, therefore, that when duty increases for beer and cider are reviewed, the need to protect jobs, especially in rural areas, is taken into consideration.”
Davin Nugent, managing director of COS Brands, the company behind Kopparberg, said many ciders are “small, locally-produced products”.
“From our point of view, Kopparberg is still a comparatively small family-owned business,” he said.
“It does make a difference if duty goes up to a huge degree.”

Cider duty at a glance