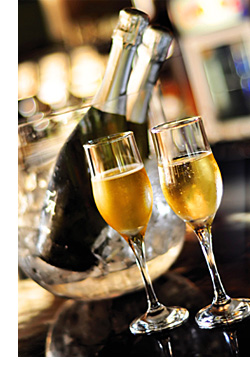 CHAMPAGNE enjoyed a corking year in 2011, with sales showing no ill-effects of the continuing economic stagnation in the UK.

At least that was the experience of venerable wine firm Berry Bros & Rudd, merchant and vintner to the Queen. The 300 year old firm said 2011 saw it enjoy its strongest Champagne sales since 2008.
“Champagne has lost none its fizz this year with sales the strongest for three years,” the merchant said in a review of 2011 issued late last year.
“Sales of Champagne are up almost 17% by volume and 41% by value on 2010, giving a clear sign that, despite the mood of austerity, people haven’t been giving up Champagne for Cava.
“Sales of sparkling wine have remained relatively consistent across the same three-year period with just a small rise experienced.”
The merchant singled out Prosecco as a “rising star” of 2011 on the basis of its sales figures, suggesting that a trend which saw it grow by 28% in volume and 37% in value last year compared to 2010 will continue.
It said also that last year had been a “record year in retail” for English wines, with sales up 50% in value and volume; the firm calculates that between 2006 and 2011 the value of English wine it sold more than doubled.
Other trends observed by the merchant include a continuing preference of “wine connoisseurs” for French wine as Australian and US producers compete for the “hearts and wallets of the average UK wine drinkers”; and declining sales of organic and biodynamic wines.