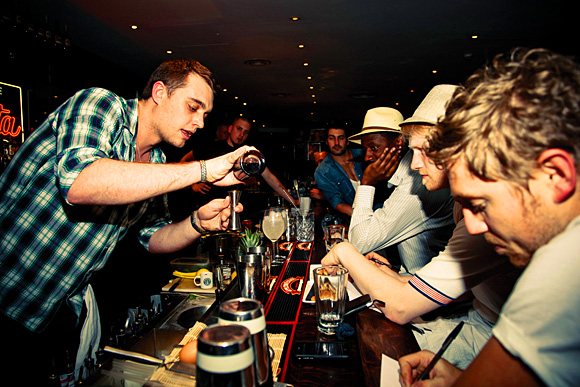 The UK leg of the Appleton Estate Bartender Challenge kicks off later this month with the first heat in west London on February 27. Further heats will take place in Bristol (March 5), Manchester (March 12), Brighton (March 19), Edinburgh (March 26) and London (April 2).
The winners of each heat will then compete in the UK final at the Museum of London Docklands in May. The winner of that contest will then be flown out to Jamaica to represent the UK in the world final of the contest in October.
In each of the regional heats 12 bartenders will compete against each other, while being tested across a range of criteria including technical bartending skills, product knowledge, charisma and creativity.
In the London final, each finalist will be given their own bar space to dress in their own style, and asked to create their own cocktail menu.
Judges for the UK competition include Jaime MacDonald of Edinburgh bar The Raconteur and Appleton Estate master blender Joy Spence.