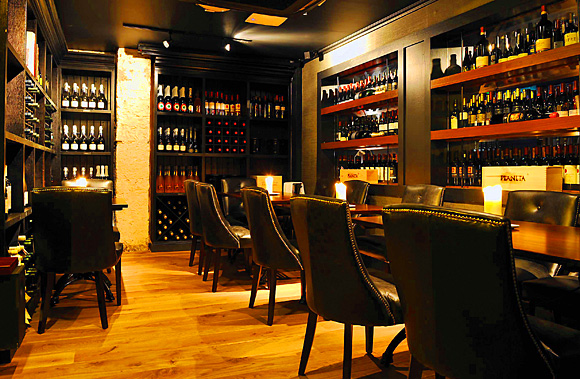 FORGET Champagne or a fine single malt – when it came to toasting Divino Enoteca’s SLTN award win in November, there was one obvious choice for a venue that specialises in wines from Italy.

A Bellavista Franciacorta Italian sparkling wine was picked by the team to toast the Edinburgh venue’s triumph in the SLTN Wine Award 2011, in association with Forth Wines.
For owner Tony Crolla, manager Lorenzo Magnani and the staff, the accolade capped a successful first year for the Merchant Street wine bar.
It also reaffirmed Crolla’s belief that a style of venue which is popular in Italy would be well-received in the capital.
“We wanted to do something different and bring a bit of Italian culture – where people can have a glass of wine or share a bottle with food in a relaxed atmosphere and learn a bit about the wine – to Edinburgh,” said Lorenzo, who studied at a wine school in his home city of Rome.
“This kind of place is very popular in Italy and we wanted to bring that here.
“There are more than 2000 grape varieties in Italy but, in the UK, it’s all about Pinot Grigio.
“There’s nothing wrong with it but we want to tell people there’s more to Italian wine than Pinot Grigio.”
To highlight that diversity, Divino Enoteca, which translates as ‘wine library’, stocks more than 300, predominantly Italian, wines, sourced from Enotria and four or five other suppliers.
With just two Pinot Grigios, the range focuses on lesser-known grape varieties indigenous to Italy, like Pigato from the Liguria region, Carricante from Sicily and Pecarino from Abruzzo. Prices range from £18 a bottle up to £880 for a 1997 Toscana Masseto.

We have to read the body language of our customers because wine can be very intimidating.

There’s also a selection of around nine whites and 20 reds from outside Italy, and a range of Champagnes.
State-of-the art Enomatic wine dispensers, which preserve the flavour and body of wine for around two weeks after the bottle has been opened, allow Divino Enoteca to offer some 40 wines by the glass; customers can choose from a 25ml tasting glass or standard 125ml or 175ml measures.
Wines available by the glass are changed every few months, with best-sellers, like Barolo, Amarone, Brunello and Pigato, a permanent fixture on the dispense systems.
Lorenzo estimates that customers can sample about 70% of the wines on the list over the course of a year.
But he’s quick to stress that Divino Enoteca is about much more than its number of wines.
Having knowledgeable staff is key if consumers are to have the confidence to try new wines, according to Lorenzo, which is why training is prioritised for the venue’s six front-of house staff.
“We have to read the body language of our customers because wine can be intimidating,” he said. 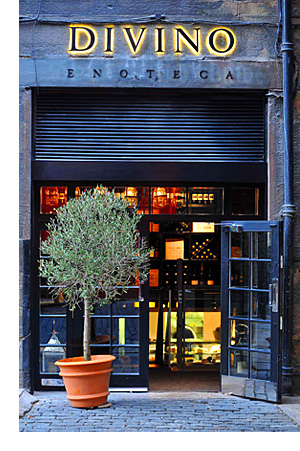 “We’re very easy going and we try to guide customers through the menu and make recommendations without intimidating them – that’s very important.
“The wine list is designed to be easy to use; there’s a map of the regions and each wine is listed with the grape, producer and region as well as the alcohol content.”
Divino Enoteca also offers wine ‘flights’, where customers can sample a ‘package’ of three or four wines.
And it stages regular tasting events, where a producer or supplier will present a selection of wines matched to dishes from the region, in its wine education room; a Barolo tasting last month gave guests the chance to sample four different vintages (1952, 1964, 1975 and 1987).
“It’s about giving people the confidence to try something new,” said Lorenzo, who joined Crolla’s Vittoria Group four years ago and moved to Divino in time for its launch.
“Those strict rules of white wine with chicken and fish and red wine with meat don’t always work.
“Sometimes a meat dish can go with a white wine, like a pork dish with a complex Chardonnay.
“I think it’s much broader now and people are travelling a lot more so they’re drinking different wines abroad and they want to be able to find those when they come back.”
It’s this demand from customers to try new wines that keeps the staff at Divino on their toes.
Lorenzo travels to Italy twice a year, touring a different region on each visit.

We’re trying to make people see that there is more to Italian wine than Pinot Grigio and I think we’re getting there.

“We never stop trying to find new and interesting wines to bring to our customers,” he added.
“My challenge is to find indigenous grape varieties that reflect the traditional styles of wine from Italy.
“We’re trying to make people see there’s more to Italian wine than Pinot Grigio and I think we’re getting there.
“The SLTN award was a big surprise.
“We didn’t expect to win after being open for just a year but we’re all really pleased.”
A spokesman for Forth Wines, which sponsored the SLTN Wine Award 2011, described Divino Enoteca as a “remarkable venue that’s dedicated to wine”.
“Its pioneering use of the Enomatic wine dispense system means it can offer dozens of top class wines by the glass,” he said. 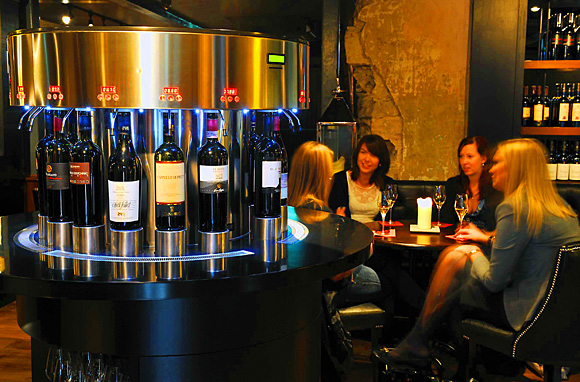