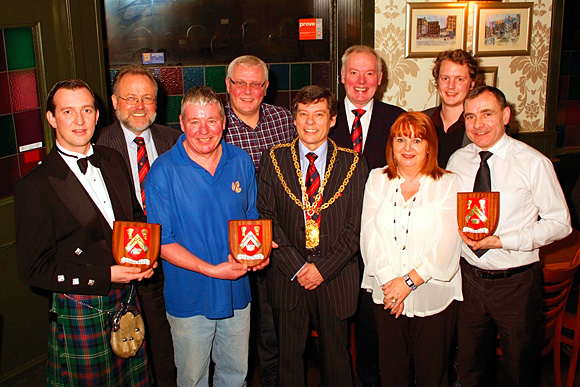 THREE pubs received special commendation for their beer by the Incorporation of Maltmen, one of the ancient trades of Glasgow.

The Bon Accord, The Drum & Monkey and the Station Bar were the latest recipients of the annual Maltmen Beer Awards and received their prizes at the end of January.
The award aims to recognise pubs run by responsible operators which offer high quality beer.
The presentation came after the organisation, in partnership with the 49 Wine & Spirit Club, supported a batch of students though Personal Licence Holder and Wine Diploma Courses last year. The graduates attended the 49 club’s annual lunch in December, where three hospitality students at the City of Glasgow College also received laptops to aid their studies.
The 49 Club also handed a scholarship to two brewing students at Heriot Watt University, and said it would support the same educational schemes next year.