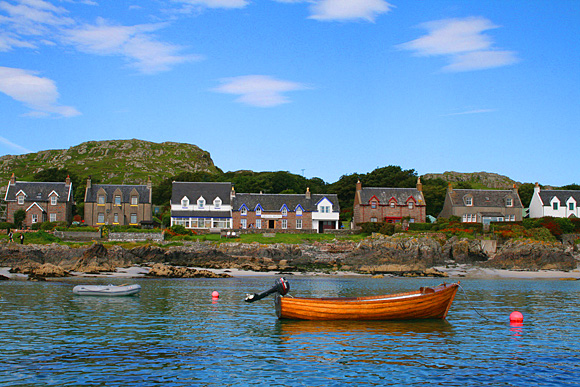 THE Argyll Hotel on Iona has been bought by two couples with strong links to the Hebridean island.

Rob and Wendy MacManaway have joined forces with Katie Russon and husband Dafydd to acquire the 16-bedroom property after its sale was said to have attracted interest from around the world.
Fife-born Rob has holidayed on Iona since he was young while Katie was born and brought up on the island.
Rob and Wendy, who worked in the hospitality trade many years ago, are relocating from Kent to manage the hotel alongside several of the long-term staff.
Katie and Dafydd currently live in Glasgow and aim to join the MacManaways in the next few years; they plan to take an active role in the day-to-day running of the business.
The new owners plan to continue the hotel’s ‘green’ ethos established by Dan Morgan and Claire Bachellerie, who owned the business for the past 14 years.
David Reid, partner at selling agent Knight Frank, said the Argyll Hotel has an “excellent” reputation and attracts considerable repeat business from around the world.
“The Argyll Hotel is wonderfully situated, overlooking white sandy beaches and the ferry to the Isle of Mull,” he said.
“Unsurprisingly, there were strong levels of interest in the sale, without exaggerating, from all over the world.
“Whilst there is much comment about the market for the sale of hotels being depressed, we sold the Argyll Hotel in a competitive manner after considerable interest was received for above our asking price; it just shows that quality will always sell.” 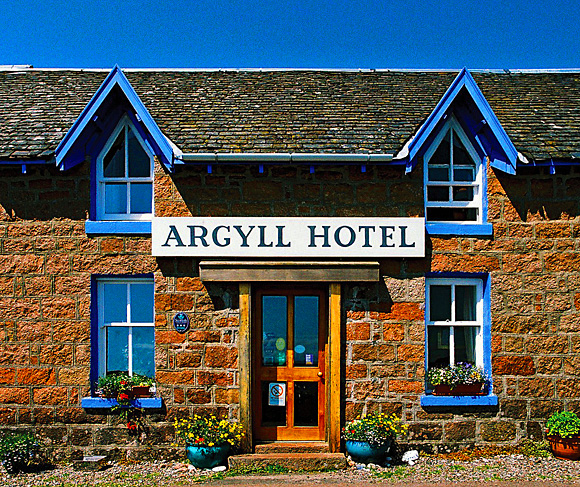 Images: The Argyll Hotel on Iona has been bought by two couples with links to the island. They plan to continue the ‘green’ ethos established by the previous owners.