Williams Bros links up with Auchentoshan to unleash Fraoch 22 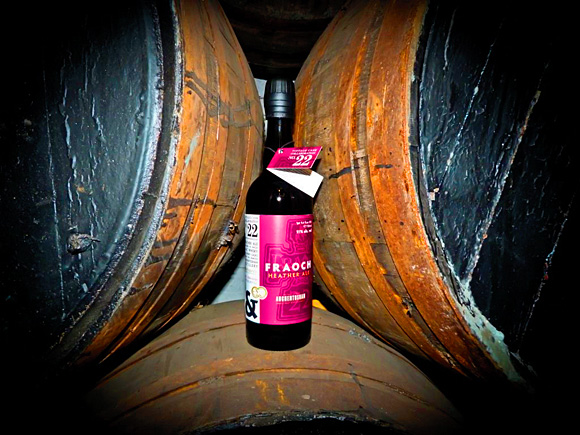 TWO respected names from the worlds of beer and whisky have joined forces to launch the first of what is promised to be a series of vintage cask collaborations.

Although this is a 4000 year old recipe we are not afraid to develop the brand.

Bruce Williams, who founded the brewery with brother Scott, described the beer as “a rich, creamy brew, full of sherry notes and barley wine with a wood and whisky finish”.
Son Chris, who also worked on the creation of Fraoch 22, described it as “a beer to be savoured and shared with friends”.
Only 12,000 bottles of Fraoch 22 have been produced, with the company confirming that pre-orders for the beer have been received from customers in the US, Europe and Scandinavia.
The individually numbered Belgian-style 75cl bottles are capped with a device called a ‘zork’, which allows the bottle to be re-sealed. Williams Bros claims the beer will remain fresh for up to two weeks if stored in the fridge and ‘re-zorked’.
The company is giving customers the chance to win a bottle of Fraoch 22 through a competition on its website – visitors can enter by visiting the site and subscribing to the newsletter.
“Fraoch 22 should be seen as a statement of intent,” said Williams Bros’ director of sales Richard McLelland.
“Although this is a 4000 year old recipe, which we proudly guard and cherish, we are not afraid to be bold and develop the brand in new directions.”
McLelland added that this year has already seen a trial of Fraoch Heather Ale in a new 50l keg format.
“I see no reason why Scotland should not be every bit as famous for the perfectly poured pint of Fraoch as Ireland is for Guinness,” he concluded.
The company aimed to build its profile in the US last month with a series of events around Burns’ Night.
The tour, headed by Bruce Williams, called in at Baltimore and Washington DC.
In addition to Fraoch Heather Ale, the Williams Bros range includes cask beers Cock O’ The Walk and Birds & Bees.