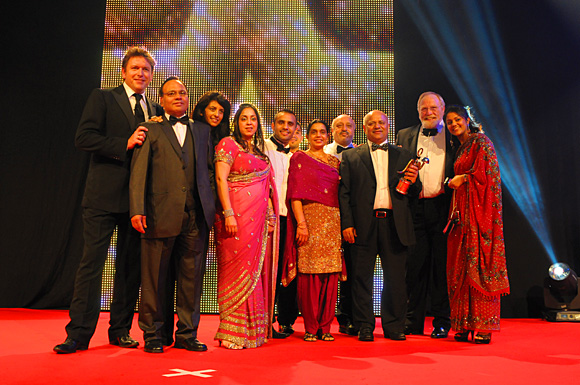 A FAMILY-owned Prestwick restaurant has been named the best Indian restaurant in Scotland at a major UK awards ceremony.

Taj Tandoori won the Best In Scotland category at the British Curry Awards late last year, beating four other shortlisted restaurants from around Scotland.
The restaurant was opened in 1981 by Rabinder Singh Uppal, who continues to run the business with wife Jagdish Kaur, their two sons and two daughters in-law.
He described the accolade as the “top award you can ever get” in the Indian restaurant business.
“When we started this business in 1981 people in the west of Scotland didn’t really have a clue about their curries,” Uppal told SLTN. “They were quite backward with regard to Indian food. We were struggling big time for about three or four years.
“We did our main renovations in 1984 and made lots of changes in the food and presentation and the restaurant itself. It took off after that and that really gave us our start and we never looked back.”
The British Curry Awards were held at the Battersea Evolution Centre in London and attended by a number of luminaries, including London mayor Boris Johnson and TV personalities Charlie Brooker and Konnie Huq; celebrity chef James Martin was compere.