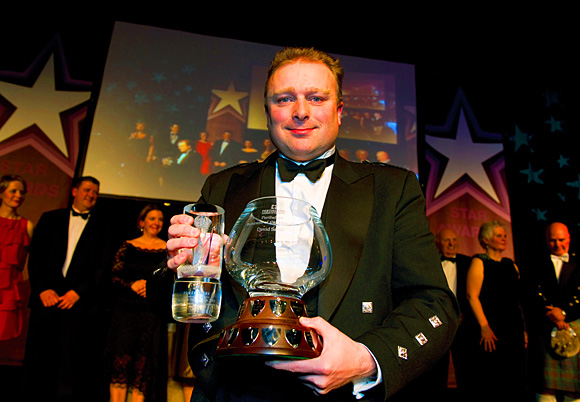 THE last of the big independent Scottish convenience store chains was bought out earlier this month, when Milnathort-based David Sands Ltd was sold to The Co-operative Group.

The Co-op snapped up the company, founded by the Sands family in 1812, for an undisclosed sum.
The deal marks the end of an era for the Scots convenience store scene, which has seen its biggest independent operators gradually swallowed up by larger rivals over the last decade. Deals have included Scotmid’s acquisitions of the late Eddie Thompson’s Morning Noon and Night chain in 2004 and Spar retailer Botterills in 2011, Somerfield’s purchase of Aberness in 2004 and CJ Lang’s swoop on the AM Landsburgh group last year.
The latest takeover has seen the Co-op subsume David Sands’ 28 stores – located across Fife, Kinross and Perthshire – which employ nearly 700 staff. It is expected that the deal will be approved by the OFT in the next two months.
The Co-operative Group has 2800 Co-operative Food stores across the UK, employing around 7000 staff.
It claims to be the fourth largest food retailer in Scotland, with 370 food stores north of the border and a turnover of £1bn. It opened eight new Scottish stores at the end of 2011.
The David Sands deal is part of a plan to grow the Co-op’s network of UK food stores by 300 over the next three years.
Co-operative Food’s operations director for Scotland, John McNeill, said the acquisition is “another important step in our plans to expand our estate”.
“Furthermore, this deal will significantly strengthen our position in Scotland, especially in Fife, Kinross and Perthshire, and complement our existing store estate, which operates from the Highlands and Islands to the Borders,” he said.
David Sands said the two firms had much in common.
“We share many of the same values, including our commitment to supporting local suppliers, and I have every confidence they will continue to invest in, grow and develop our stores and our people in the future,” he said in a statement.
The Co-op deal comes after Sands reported profits growth of 18.5% to £1.65m for the year ended 31 December 2010, with turnover up to £41m.
David Sands was unavailable for comment but a spokeswoman said he was now pursuing other business interests, including property; he has not ruled out a return to retail.

Image: David Sands, whose stores won several awards, is said to be looking forward to spending more time with the family following the sale of his 28 stores to the Co-op.