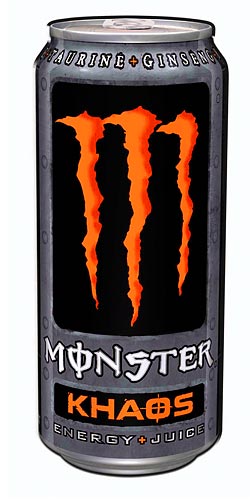 THE squeeze on consumers’ disposable income allied to the arrival of new brands is likely to spark price competition in the lucrative energy drinks market.

And it could leave the door open for premium own-label brands to cash in.
These are among the findings of a recent report on the sports and energy drinks market by Mintel, the research firm.
The study concluded that until now consumers have been willing to pay a premium for products said to deliver a ‘tangible benefit’, such as energy drinks, even though they believe they are expensive for what they are.
But it said the pressure now being exerted on disposable income due to the ‘widening gap between inflation and the rise in real incomes (greater than at any time since the onset of the recession in 2008, according to Mintel), is likely to increase price competition between brands in the sports/energy drinks market.
And that trend, Mintel said, is being accelerated by the arrival of relatively new brands like Monster and Relentless.
“There is likely to be increasing price competition between brands within the energy/sports drinks category, especially with recent entrants such as Monster and Relentless retailing at competitive prices, and an opportunity for more premium own-label variants as the market becomes more reliant on the major multiples,” said Mintel senior drinks analyst Jonny Forsyth.
In its report, Mintel describes the sports/energy market as the ‘true success story of soft drinks over the past ten years’, with the category continuing to grow throughout the recession while others like smoothies and bottled water have found the going more tough. According to its research, the value of the category passed the £1 billion barrier in 2011, having been worth £625 million in 2006. “This means that in spite of very tough trading conditions and consumers reviewing their outgoings more carefully than ever, value sales are estimated to have risen by a huge 84%,” the report said.