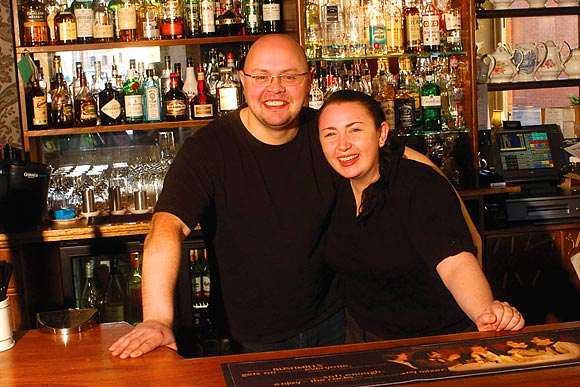 WHEN it comes to the art of selling bottled better, it pretty much all boils down to the ‘two Ps’ for Jonny and Lyn Kane.

The owners of the Roseleaf Bar Café in Leith, which won the SLTN Beer Quality Award for 2011, in association with Tennent’s Lager, reckon product knowledge and presentation hold the key to making the most of the category.
The bar stocks beers from home and abroad, including ales from locally-based William Brothers and Stewart Brewing alongside continental brews like Erdinger, with staff always encouraged to try the latest products as they appear on the market.
Speaking to SLTN shortly before Christmas, Jonny said staff are always keen to expand their knowledge base.
“If it’s fresh in we’ll crack open a bottle and all the staff will taste it there and then,” he explained.
“But they’ll [also] buy a new beer at the end of their shift and sample it themselves. It’s good that they’re all hungry for the knowledge.

New and unusual kinds of glassware can tempt female drinkers to the category.

“It’s just knowing what you’re selling, basically.”
Staff are urged to not talk negatively about any of the beers, though, even when brands don’t tickle their taste buds.
“I’ve seen it myself when I go out and about,” Jonny explained.
“People saying ‘oh, I wouldn’t have that’. If you stock it you should never discourage someone from buying it.”
Another key priority at the Roseleaf is the use of branded glassware – a commitment the SLTN judges picked up on during their visit to the bar.
Jonny is firmly of the belief that using the correct glassware is vital to producing the correct serve, and the vast majority of beers stocked in the Roseleaf have branded glasses.
The bar has even persuaded some of its local suppliers to dip their toes in the branded glassware market.
“We have actually egged on a few [brewers], one of them being Barney’s Beer [produced by the small brewery at The Behind The Wall pub in Falkirk],” Jonny said.
“He said that I pushed him along to get the glassware made, but it’s good that he’s got it out now.
“[It was] the same with [Scottish cider brand] Thistly Cross – I think we’re actually the only ones that have got branded glassware for the cider.
“We were quite pushy with Peter, the cider maker, saying ‘look, you’ve got to get us branded glassware’ and we just kept on at him and on at him and eventually he got us it.
“I think he’s only got one batch. He’s just trialling it at the moment, but we got his trial batch of glassware.”
In addition to providing a better quality of serve, it is often argued that new and unusual styles of glassware can also help to broaden the appeal of the category and draw more women to beer, which has long been the holy grail for many brewers.
At the Roseleaf, Jonny said goblet or flute-style beer glasses appeal to both sexes, though points out that the bar has always attracted its fair share of women beer drinkers.
The expansive range of glassware on offer is not the only point of difference the venue can boast, though.
The fact that the bar buys several of its beers directly from local brewers is also said to be another selling point.
Jonny revealed that the Roseleaf has become a popular venue for brewers to meet up and compare notes, and the close relationship between the bar and the brewers ensures the pub is top of the list when new beers are introduced.
The range is formally reviewed every quarter at the Roseleaf, though whenever news of a new product filters through the owners endeavour to bring a case or two in to allow staff to try it.
As for the consumer’s perception of bottled beer, Jonny believes drinkers have become more open-minded about bottled beer, and are more willing to try new beers now than they might have been several years ago.
He also reckons bottled beers can provide some drinkers with a degree of quality assurance – particularly in premises less committed to beer standards than the Roseleaf.
“I think bottle conditioned [beer] is almost more consistent than cask,” he explained.
“If you go into a badly-managed pub you might think ‘oh I’m sticking to the bottles in here’. People know that ale in bottles is not going to be bad (quality).”
Colin Rice, regional sales manager at Tennent’s Lager and an SLTN judge, praised the beer standards practised at the venue. “Tennent’s Lager is delighted to sponsor the SLTN Beer Quality Award, and as Scotland’s favourite pint, quality is at the core of everything we do,” he said.
“The Roseleaf pub presented an extensive range of packaged and draught products with a real emphasis on local Scottish producers, enhanced by Scotland’s leading brands.
“A dedication to quality from cellar management through to branded glassware and dispense for every product ensured each and every brand was presented to their truly valued customers, with winning enthusiasm and passion for product quality.
“On behalf of everyone at Tennent’s Lager we would like to congratulate the Roseleaf team and wish them every success for the future.” 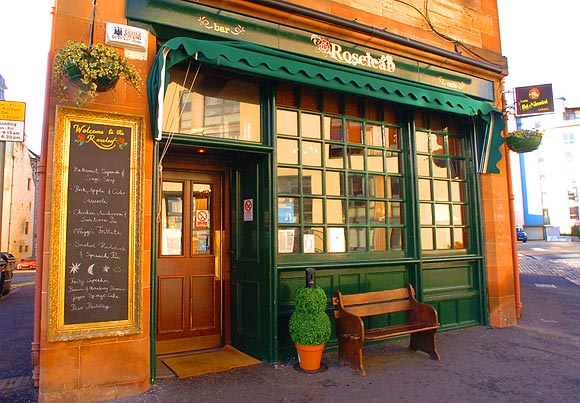