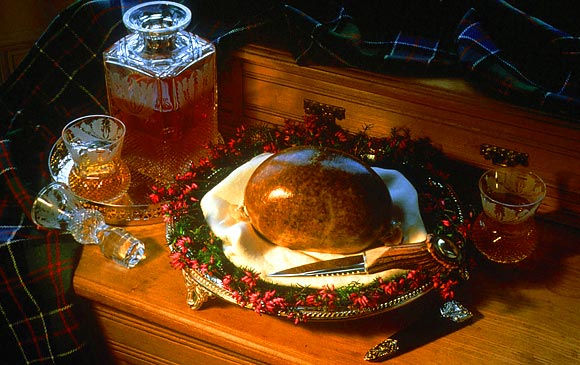 JANUARY is perhaps the month operators dread the most.

Christmas and Hogmanay have come and gone, and those intent on pursuing more virtuous post-festive lifestyles are cutting back on visits to pubs, in the short-term at least.
Thankfully, operators don’t have too long a wait for a big event to build business on. By the time January 25 comes around, many Scots will have banked their first pay cheque of the year and be ready to venture out to celebrate the birth of the national bard, Robert Burns.
Burns Nights have been a common feature in the trade for generations and this year, 253 years after the great man’s birth, will be no different.
Take Whiski bar and sister venue the Whiski Rooms in central Edinburgh.
Operators Anne and Gary Still are hosting two very different Burns celebrations in the two venues, a “lively” party night, complete with piper and ceilidh band (Muckle Flugger) in Whiski bar on the Royal Mile, and a formal Burns Supper in Whiski Rooms on the Mound. The latter will feature a full programme of Burns entertainment, including the traditional address to the haggis and toast to (and indeed reply on behalf of) the lassies.
The event will be conducted by a master of ceremonies and will also feature musical entertainment from a piper and a band.
Speaking to SLTN last week, Anne said Burns nights at Whiski bar, where manager Rory Dalgetty will play the pipes, were now so established she could “sell it out five times over every year”. But she admitted that organising the more formal supper for the Whiski Rooms, a combined bar, bistro and whisky shop which opened last year, was a tricky experience.
“I really struggled to get people [speakers] for the Whiski Rooms, I honestly did,” Anne said.
“I spoke to people who were being flown to America for events and such like, but I’ve managed to get a team to come in. It was a battle but eventually I got some quite well known speakers through the people who play Scottish music in our bar.”
Tickets for the events are priced £22.95 at the Whiski bar, where there will be two sittings for the Burns supper on the night, at £27.95 at the Whiski Rooms; both will feature traditional meals of cock-a-leekie soup followed by haggis neeps and tatties and Crannachan for dessert.
Guests will also receive a toasting dram courtesy of Isle of Skye malt Talisker, supplied by Diageo.
Anne conceded the investment involved in staging a formal Burns supper is significant, especially given the cost of professional speakers, and as such said she isn’t surprised it’s largely big hotels that host them.
Elsewhere in Scotland, a Burns Night with a difference is planned for Ayr Spice Indian restaurant, owned by Bangladeshi chef Mafiz Ali.
Jack McChesny, a retired concert pianist who helps organise events at the restaurant, has lined up an accomplished array of speakers for the celebration, including past presidents of the Alloway and Mauchline Burns Clubs, and MC Donald Kay, who hosts Burns walkabout tours and will recite Tam O’Shanter on the night.
While the recitals will be faithful to tradition there will be a slight variation when it comes to the food.
“The idea was to do a Burns Supper with a twist,” McChesny told SLTN.
“Mafiz is going to offer the traditional fayre in mini format – small portions of cock-a-leekie soup and haggis, neeps and tatties – followed by some Bangladeshi goodies.”
Tickets to the event, which will also feature Susan Docherty of the Royal Scottish Academy of Music and Drama performing Burns’ songs, cost £24.95.
Meanwhile, Scotch whisky distillers and wholesalers also told SLTN they have high hopes for Burns Night.
At Elgin-based merchant Gordon MacPhail, which is supporting customers by arranging tastings ahead of the big day, director of UK sales Stephen Rankin said: “Burns events can be a great opportunity to brighten what can be a challenging month for the licensed trade”.
His thoughts were echoed by Neil Boyd, UK commercial director at Ian Macleod Distillers, who described Burns Night as a “welcome opportunity to promote Scotch Whisky to consumers” soon after Christmas.
Neil Morrison of Isle of Mull Whisky agreed, stating that the build-up to Burns Night has given it the ideal platform to grow sales of its eponymous blended Scotch in the on-trade.