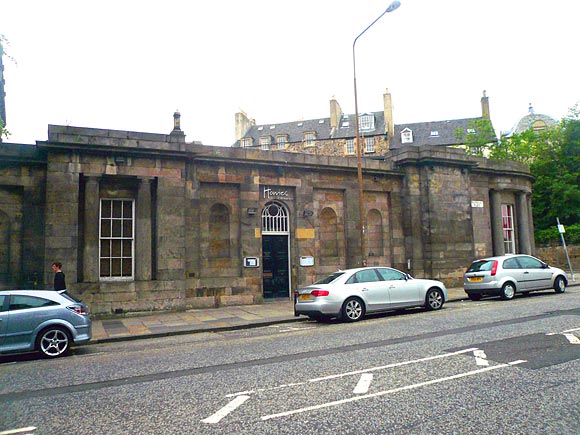 AN Edinburgh-based restaurant group has returned to its original owner – four months after going into administration.

David Howie Scott founded the Howies chain of restaurants in 1991 before selling the group in 2006.
However the new owners ran into difficulties and were forced to call in administrators Begbies Traynor last August.
Two of the restaurants – in Edinburgh’s Alva Street and Bruntsfield Place – ceased trading during the administration period (and remain closed), before Howie Scott and his wife, broadcaster Alison Craig, bought the remaining three.
Two of the surviving restaurants are in Edinburgh – on Victoria Street and Waterloo Place – and the third is in Aberdeen. Some 63 jobs – 46 in Edinburgh and 17 in Aberdeen – have been saved by the deal.
Speaking before Christmas, Howie Scott said he and Craig were “thrilled” to be back in control of the three restaurants.
“Howies’ greatest asset has always been its staff and customers, some of whom have been with Howies since the early days,” he said.
“This move has secured over 60 jobs, so everyone is happy.
“We started Howies during a recession with great Scottish food, great set prices, a cracking wine list and BYOB (bring your own bottle).
“2011 sees us in a similar economic climate, so we will be returning to that winning formula in January 2012.
“Howies is a local success story and part of the Edinburgh landscape and be assured we intend to make sure that’s exactly where it stays.”
David Menzies of Begbies Traynor described Howies as “a very strong brand”.
“It’s great not only to see the name survive, but also for the restaurants to be back in the hands of the man who started them more than 21 years ago,” he said.
The administrator is not seeking buyers for the still closed Howies restaurants in Edinburgh’s Bruntsfield Place and Alva Place.
Christie & Co’s Barry McNeil, who brokered the sale, said he expects the restaurants to go from “strength to strength” under Howie Scott and Craig.