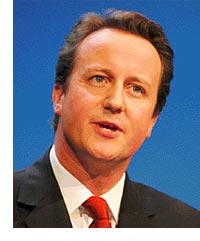 SUPPORT for minimum pricing emerged from two influential sources over the festive season.

Prime Minister David Cameron was reported to have ordered officials to investigate the mechanism, as well as look into a new tax system based on units, as the Department of Health develops its forthcoming alcohol strategy for England and Wales.
Sources close to The Daily Telegraph were reported to have told the newspaper that the PM favours a “big bang” approach to dealing with alcohol misuse.
Questioned on the story, a spokeswoman for the department of health said the “government will continue to review all evidence. Our alcohol strategy, which we will set out shortly, will outline what further steps we are taking to tackle this problem,” she said. “No decisions have been made.”
Meanwhile in Scotland support for minimum pricing was reaffirmed by the brewer behind the country’s leading alcohol brand. Tennent Caledonian Breweries outlined its stance in its submission to the Scottish Government’s stage one consultation on its minimum pricing Bill before Christmas.
“As Scotland’s pre-eminent brewer, Tennent Caledonian is committed to Scotland and we take our responsibilities as a brewer seriously,” said sales managing director John Gilligan. “In principle, we support the Scottish Government’s proposals to introduce minimum pricing measures for alcohol as long as minimum pricing is introduced as one of a range of measures aimed at tackling this issue; and these measures are implemented fairly and proportionately.”
A spokeswoman for the Scottish Government said support for the mechanism was “now overwhelming”.
“Just last month Tennent’s reaffirmed its support for the introduction of the policy and leading doctors, nurses, academics, the police and politicians, as well as growing numbers of the general population, have now given their backing to our plans,” she said.
But several major drinks groups and producers, including Diageo and the Scotch Whisky Association, remain deeply opposed to the policy, amid continuing claims it could fall foul of European law.
And the Scottish Beer & Pub Association, which does not have a “collective position” on minimum pricing due to the varying opinion of its members, has called for a “sunset clause” to be added to the Bill “given that the measure is untried and untested”.
“This will mean that the parliament will have to vote for minimum pricing to be retained going forward, rather than the measure simply rolling forward without being assessed,’ said chief executive Patrick Browne.
Browne also voiced concern that the “Bill as it stands contains no details about the mechanisms by which minimum pricing would be set, and what process would lead to deciding a figure”.
Holyrood’s health and sport committee is to hold oral evidence-taking sessions on stage one submissions on January 17, 24 and 31, and publish its report by the end of February.