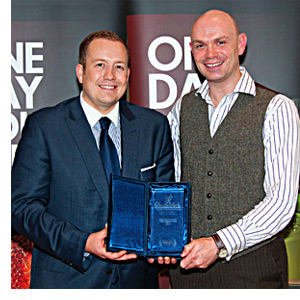 GLENEAGLES bartender David Sinclair was this month declared the Glenfiddich Malt Mastermind for 2011.

The competition, which seeks to find the UK on-trade’s top malt enthusiast, culminated this year with David’s victory over seven bartenders in the final at The Savoy in London.
Finalists were asked to show their knowledge of malt and their creativity by presenting a new Glenfiddich serve.
And David stole the show with Equilibrium – a drink the judges said combined sophistication with a modern twist.