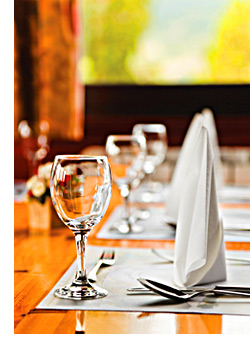 MORE Scottish restaurants are being investigated for tax evasion than elsewhere in the UK.

A team set up by HMRC to investigate restaurants and takeaways has so far found more than 500 in the UK suspected of tax evasion – and 222 are in Scotland.
But Neil Whyte, tax partner at accountancy firm PKF, said the disproportionate number of investigations is “perhaps not as sinister as it sounds”.
“HMRC did not focus on the UK as a whole but chose Scotland and, specifically, Edinburgh as the initial focus for its investigations,” he said.
“What is certain is that these investigations will not go away. HMRC has very high targets to reach for increasing tax collection and the restaurant sector is simply one of many which they are focusing on at present.”