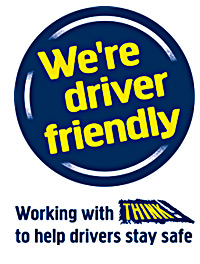 COCA-Cola is preparing to embark on its annual designated driver campaign, which will roll out across the on-trade throughout December.

The campaign, a joint venture between Coca-Cola Great Britain and bottling and distribution business Coca-Cola Enterprises (CCE), will be run in over 80,000 pubs, bars and clubs throughout the UK.
It will see designated drivers offered ‘buy one, get one free’ on both Coke and Diet Coke in licensed premises.
The campaign is run in conjunction with the Department for Transport’s Driver Friendly campaign down south.
Colm O’Dwyer, sales and customer development director for the out of home channel at CCE, said the campaign has been a success in the past “because it works on so many levels”.
“It makes the most of increased footfall over Christmas; it’s highly relevant and well-timed; it’s simple for staff to implement and for customers to understand,” he said.
Licensees can contact their local CCE rep for a designated driver point of sale kit.