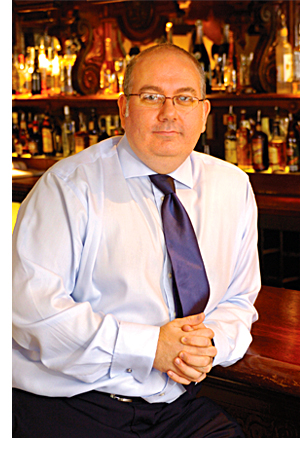 IT’S official: Alcohol Focus Scotland has acknowledged that Scotland’s licensed industry has been subject to a whole series of new licensing legislation over the last two years.
That won’t come as a surprise to anyone in the trade, but AFS’s considered conclusion, after all of those changes and upheaval, is that the existing pieces of legislation don’t go far enough. I suspect there aren’t many in the trade that would agree with them.
My association wasn’t involved in the “expert” group which produced AFS’s Re-thinking Alcohol Licensing report. Nor, as far as I’m aware, was anyone from the licensed trade.
That is a critical weakness in the report’s conclusions.
Another flaw is the apparent attempt by the report to encourage boards to rerun reviews of licensing policy statement and overprovision assessments, which most boards only just completed last November – and some only in the last few months.
As a member of a number of licensing forums, I saw at first hand the strenuous efforts that some boards made in assessing whether there was an overprovision of licences in their areas.
The overwhelming majority of boards, having looked at the numbers and considered the evidence, concluded that there was no overprovision within their territories, not least because of significant falls in the numbers of licensed premises.
The SBPA doesn’t always agree with every decision that every one of Scotland’s 40-plus licensing boards takes on alcohol policy.
But am I alone in thinking that AFS is insulting the vast majority of boards by suggesting they’re not using the powers they have under licensing legislation? Is AFS seriously suggesting that board members and their professional advisers, clerks and lawyers didn’t understand and/or wilfully comply with the law?
The AFS report also seems to have ignored what is actually happening on the ground. It ignores the fact that boards’ own numbers show that on September 1, 2009 there were nearly 2500 fewer licences than under the old licensing regime.
Why is AFS still peddling the falsehood about there being too many licensed premises whilst not acknowledging that there are now over 2000 fewer licensed premises, equivalent to one in seven, than were previously licensed?
Overprovision, if it ever existed, has already been dealt with. Outlet density has already been reduced.
Over the last few years Scotland’s licensed trade has been subject to no fewer than three changes in licensing law, and an 18-month ‘transitional’ period to deliver the new licensing regime. The trade has spent tens of millions of pounds in delivering it, in training staff, and in complying with board policy statements.
It’s just a pity that not a lot of credit appears to given to the trade for doing that by AFS.