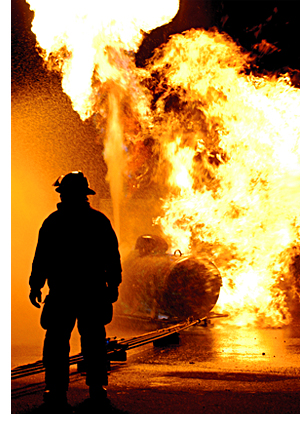 THE recent conclusions of the Fatal Accident Inquiry (FAI) into the Rosepark Care Home fire disaster in Lanarkshire gave a timely reminder to operators to ensure they are fully compliant with fire safety requirements.

The Rosepark disaster saw 14 elderly patients killed and four others injured in the 2004 blaze. However, as Sheriff Lockhart said in delivering the conclusions from the FAI, “the management of fire safety at Rosepark was systematically and seriously defective. The deficiencies in the management of fire safety at Rosepark contributed to the deaths”.
As ever, it is important, to recognise and continually reassess your own responsibilities (and liabilities) under the relevant fire safety legislation to protect yourself, your customers, and your premises.
The legislation for complying with fire safety requirements is outlined in the Fire (Scotland) Act 2005 and subsequent 2006 regulations.
While it appears that no prosecutions have taken place in Scotland under this particular legislation, in common with the Corporate Manslaughter and Corporate Homicide Act 2007, it seems possible that a prosecution following injury or death after a fire could be based on breaches of the Health and Safety at Work Act 1974.
The equivalent English legislation is the Regulatory Reform (Fire Safety) Order 2005. Although the wording of the Scottish legislation differs to the English, they have at their core the concept of the “responsible person” – the person who has “control of the premises”.
In some cases there may be more than one “responsible person” in respect of a premises. The English case of R v Masonvale Limited (2009) saw the prosecution of both the owner and manager of a pub following a fire, and both were convicted.
The Crown in the case led evidence that the limited company owner was a “responsible person” for the following reasons:
• they had been involved in renovation work carried out at the premises and still paid the business rates
• they had carried out a fire risk assessment and management programme of their own, notwithstanding the fact that the pub manager (and co-accused) had taken over the management of the premises seven months before the fire.
Significantly, the limited company in that case was also convicted of a failure to communicate and cooperate with the pub manager regarding compliance, on an ongoing basis, with fire safety requirements. It is important to ensure that all parties involved coordinate their efforts.
There can be various legal relationships in any premises, for example between an owner and operator, or landlord and tenant. As mentioned earlier, the existence of such legal relationships – and the suggested transfer of certain responsibilities – can nevertheless still see both parties deemed legally responsible for any failings.
It would seem that, before prosecuting any matter, the Crown would consider the practicalities of the relationship in determining whether or not “control of responsibility” had been relinquished from one party to another. In doing so, they would consider the parties’ understanding of the relationship, but also the contractual documentation – such as leases – which underpin such.
Using the landlord-tenant relationship as an example, it would be important for the landlord to consider the precise terms of a lease in respect of what fire safety obligations (if any) transfer from landlord to tenant. If there is no contractual transfer of obligations, the landlord could be responsible for any breaches of the law.
It can be assumed that if a tenant does not have knowledge of the fact that they have responsibility for undertaking fire safety assessments, they cannot be expected to follow up on them.
However, tenants would be advised to make sure they know their own responsibilities; if assessments need to be carried out, how should this be done, and how often? A careful study of leases and contractual documentation is required.

In some cases there may be more than one “responsible person”.

The importance of risk assessments, and following up on them, cannot be underestimated. A recent case in England saw a hotel in London require to pay £21,000 in fines having failed to act on an enforcement notice and on the actions required of it from its own assessments.
If such assessments show that urgent actions are required, these should clearly be acted upon with urgency: the consequences of failing to do so could not only be significant for licences and your premises, but be tragic.
The Rosepark conclusions should remind all operators to consider their own fire safety responsibilities with due care, and act upon them.