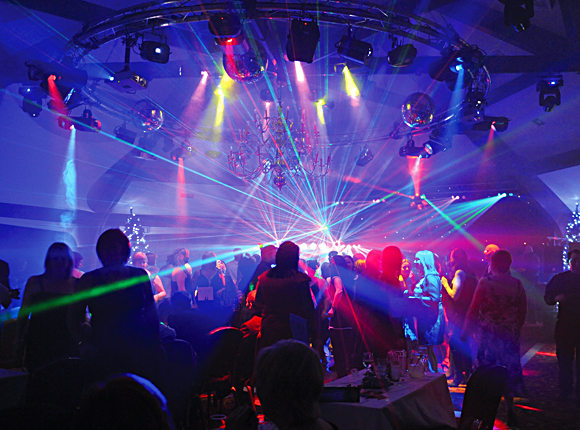 WITH office parties and friends and family getting together in bars, hotels and restaurants in the run up to Christmas, many operators will be adding to their rosters to cope with the busy spell.

But adding staff, whether permanent or temporary, can bring significant challenges.
Chief among these, it seems, is finding the right people.
Kathryn Foster, HR manager at the Aurora Hotel Collection, the operator behind Stirlingshire’s prestigious Airth Castle and Glenbervie House hotels, said recruiting staff with the right attitude is key.
“We’ve got quite close personal specifications of what we’re looking for and we would rather take somebody on their attitude than somebody with a poor attitude but with the technical skills,” Kathryn told SLTN.

We’d rather recruit people, train them and work with them than hire staff for a month.

“You can’t really change somebody’s attitude. We have very detailed questions that the heads of department have to ask about travelling and hours of work, and they pose situations to them [the recruits] – if this arose how would they deal with it, etc.”
Aurora received over 100 applications for festive work this year to fill around 40 positions at Airth Castle Hotel.
By late October these had been filled and the recruits brought in for their induction and licensing training.
Kathryn described the new arrivals as “a real mish mash” of different people. 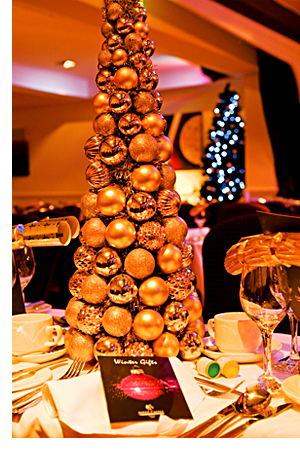 “It was amazing the cross-section that we had – older people who have been in totally diverse industries, students, people that have been in retail and want to come into the hotel industry because it’s still customer contact,” she explained.
“I would say this year is the first I’ve had such a diverse background of people.”
Kathryn said all recruits are taken through an introductory session that covers the background to the company itself, as well as its values and code of conduct.
The introduction of the festive staff is then phased, with every seasonal member paired with a colleague who is able to provide further training on the job.
The Aurora recruitment system is similar to the one employed at Ayr Racecourse and the adjacent Western House Hotel – other venues that staff up significantly for the Christmas season.
Seasonal staff are brought in for job skills training prior to starting work at the racecourse.
“We usually start recruiting towards the end of October, so that we have them in place for the third week in November,” said HR manager Mary Burnside.
“We normally bring them in for a couple of evenings, and we do induction and job skills training.
“We would do that the day before the first party night, and most of the staff will be required to undergo the three-hour company licensing training, which we do in-house.”
Like Aurora, the Ayr venue recruits through local universities as well as job centres, but Mary said students returning to the town for Christmas have proved to be a good fit for the company.
“We never forget that the [students studying in Ayr] will be leaving us in mid-December to go home.
“But we do have this slotting in, slotting out situation where we can replace them with the students coming home from mid-December,” she said.
“Students have become one of our mainstays because they balance each other out and it really works well.”
Not every venue is planning to bring on seasonal staff, however.
Graeme Gibson, general manager at Radisson Blu in Glasgow, said he prefers to rely on full-time staff over Christmas. The hotel recently took on a fresh batch of food and beverage assistants.

The cross-section of people we have recruited has been amazing – totally diverse.

“We very much avoid seasonal staff,” he told SLTN.
“Rather than use seasonal staff we look to our own permanently-employed people and give them more hours, offer them overtime, that kind of thing.
“It makes it difficult for us to deliver a quality of service if people are only here for a short time.
“We’d rather recruit them, train them and work with them, rather than just hire staff for a month.”
However a venue handles its staffing over the festive season, training remains the difference between success and failure, argues Alice Cardwell-Hodges of training organisation the BII.
“Of course everyone coming in has to have the mandatory training about the alcohol legislation, but going over and above that is what the industry really needs to look at,” she said.
“So they cover the mandatory bit and then think ‘where do we go from here? What do our staff require to ensure that our bottom line is increased?’ Because if their staff are trained then that increases the bottom line.”