OPERATORS are switching off Sky in favour of cheaper alternatives after the use of foreign decoders was declared legal by the European Court of Justice.

Several publicans told SLTN last week they are quitting the broadcast giant in light of the ‘Murphy judgement’ – even though the ruling has yet to be enshrined in UK law.
The European court ruled earlier this month that preventing the import, sale or use of foreign decoders cards was “contrary to the freedom to provide services and cannot be justified”. The judgement came after the ECJ was asked to clarify the case of Portsmouth licensee Karen Murphy, who appealed a prosecution for showing English Premier League matches through a Greek channel.
Paul Shevlane said he was poised to save as much as £1000 a month by installing a foreign decoder at Shevlanes Bar in Springburn, Glasgow.
“My total bill for Sky and UK Racing was £1612 a month – for a wee pub in Springburn that holds 70-80 people,” he said. “It’s a busy pub but it was costing me a fortune.
“I’m now going to be getting At the Races, Racing UK and a foreign satellite which should pick up nearly everything [football] for about £612 a month.
“As far as I’m aware it’s not illegal to show games using a foreign satellite – that’s all that matters to me.”
Other publicans are taking similar steps, but one urged the trade to tread carefully.
Lisa Wishart, managing director of Lisini Pub Co [pictured below], has previously locked horns with the Scottish Premier League over using a foreign decoder to show games at 3pm on a Saturday.
Wishart, a Sky subscriber, said the SPL and EPL would circumvent the ruling by upping the level of copyrighted material shown before and during games, which in theory the suppliers of foreign decoders would need permission to show.
“There’s a lot of people rushing away from Sky and taking cheaper alternatives – we’re certainly not and I’d urge people not to make any rash decisions,” she told SLTN.
“I spoke to my representative at Sky and he said all that’s going to happen is that the SPL will copyright everything, whether it’s the theme tune or SPL logo.
“So it doesn’t matter if you watch it through an EU decoder system [because] these things are copyrighted. They will find a way around it.” 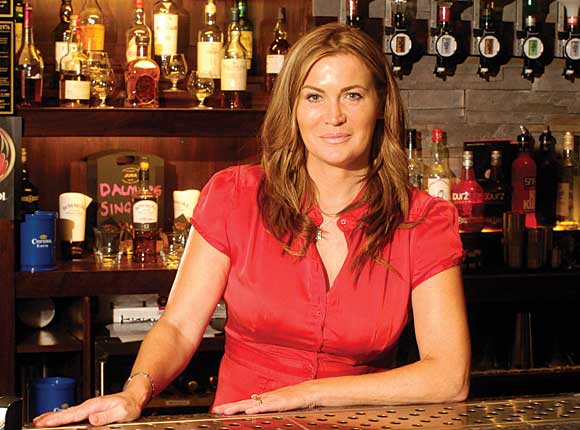 George Peachey, of satellite TV company Kanel, said suppliers can overcome such moves by “choosing a broadcaster that doesn’t show EPL logos” or supplying customers with “radio broadcasted commentary, as long as the publican has a PRS licence”.
Peachey suggested to SLTN that Sky may alter its prices “for the better in the near future”.
A Sky spokeswoman said it would wait until the UK High Court interprets the decision and until the English Premier League responds before announcing any move.
“In the meantime we’ll continue to focus on giving our commercial customers a great service,” she said.