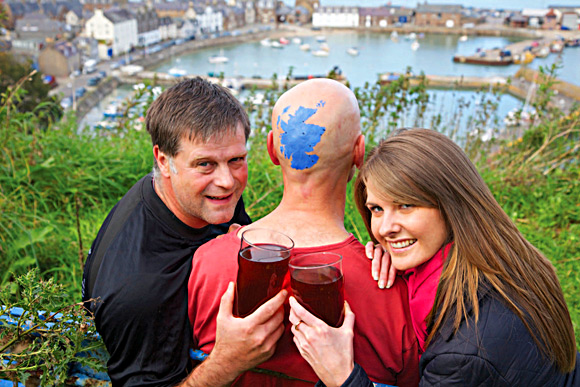 THE organisers of a Scottish ale festival have pledged to feature an ale from every brewery in the country at the event.

The Stonehaven Real Ale Festival, now in its third year, will feature almost 70 beers from across Scotland this year.
“This really will be a celebration of the best in Scottish real ale and we plan to create a special atmosphere in the town hall over the three days of the festival,” said organiser Robert Lindsay.
“We will bring in the finest brews from the Highlands, the east coast, the west coast, central Scotland and the Borders.”
In addition to the ales, the event will also include performances from local musicians as well as screenings of vintage Scottish films and television programmes.
The festival, which takes place between November 3 and 5, is sponsored by Houston Brewing, Harviestoun Brewery and The Bay Fish and Chips shop in Stonehaven.