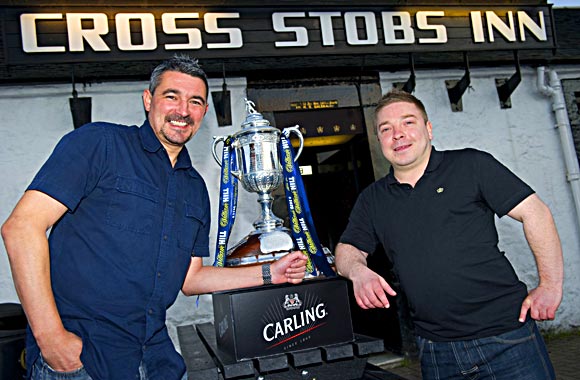 CARLING set out on the road to Hampden last week when it kicked off a tour that will see brewer Molson Coors take the Scottish Cup to seven pubs around the country.

As part of the brand’s sponsorship of Scotland’s most prestigious knockout competition, stockists have been entered into a competition to have the cup brought to their own bar. The Road to the Cup promotion will see the trophy delivered to the winning pubs by a famous Scottish football figure as each round of the tournament arrives.
Former Rangers and Dundee United midfielder Charlie Miller got it underway when he visited the Cross Stobs Inn, Barrhead, last week. “The Road to the Cup is a chance to bring to life our support for Scottish football for both publicans and drinkers,” said Alisdair Hamilton, on-trade director for Molson Coors Scotland.