Licence fees should be linked to amount of alcohol sold, AFS says 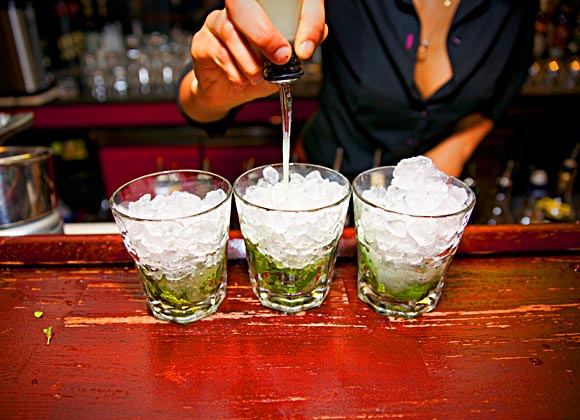 BAR and nightclub operators could be forced to submit figures for the volume of alcohol sold on their premises, if Scotland’s biggest alcohol charity gets its way.

Alcohol Focus Scotland (AFS) wants all on and off-trade outlets to disclose annual volume figures, showing a break down by drinks category, which would then be used to calculate licence fees.
It’s one of a series of recommendations outlined in the Re-thinking Alcohol Licensing report, a joint publication from AFS and Scottish Health Action on Alcohol Problems (SHAAP) which was published at the former’s national licensing conference earlier this month.
The report also calls for a two-hour reduction in off-sales hours, changing the current 10am to 10pm trading period to 10am to 8pm.
SLTA chief executive Paul Waterson broadly welcomed both proposals, but said there must be a distinction made between different sizes of premises.
“I think this is targeted at supermarkets and I think it’s a good idea for the big players to give these [volume] figures, but it’s very difficult for a small operator to have that information to hand,” he told SLTN.
“It would give an understanding of how the market works and where alcohol is sold. I don’t think it should have a dramatic effect on the on-trade.
“Basing licence fees on the volume of alcohol sold, rather than rates, would redress the balance.”
But on the proposal to reduce off-trade hours, Waterson said it could harm small off-sales.
“In my personal opinion, I think smaller off-sales should be looked at differently to supermarkets,” he added.
“Personally, I think any premises over 3000 sq ft should have its hours looked at. I don’t think it’s fair that so much alcohol is sold by so few outlets.”
Scottish Grocers’ Federation boss John Drummond said the organisation has been calling for licence fees to be based on turnover for some time.
“We believe that a typical supermarket sells 60 or 70 times the volume of alcohol a convenience store sells,” he told SLTN.
“But I don’t accept that reducing trading hours will do anything to prevent anti-social behaviour or the harmful effects of alcohol – those who want to access alcohol will do so in the given hours, whatever they may be.”
Other recommendations in the report include amending the licensing Act to state that the locality for assessment of overprovision can be the entire board area; to make it clear that overprovision can include an increase in capacity where there is no increase in the number of premises; and to include opening hours in the assessment of overprovision.
“The recommendations we are making would shift the focus away from individual ‘problem’ licensed premises, to managing the overall availability of alcohol in the interests of society’s health and wellbeing,” said AFS chief executive Dr Evelyn Gillan.