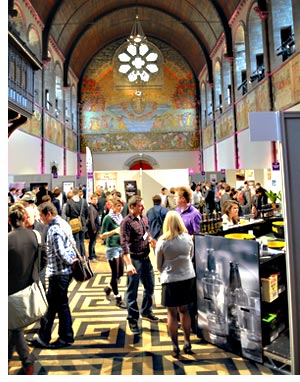 BARTENDERS who aspire to open their own outlet will be able to pick up some hints and tips in Edinburgh next month.

A seminar highlighting the practicalities involved in opening a business is being held at the Boutique Bar Show.
The event, which returns to the stunning Mansfield Traquair, will also welcome 32 exhibitors set to display up to 90 small-batch spirits.
Edinburgh bar owners Kyles Dignall of Blue Steel (the firm behind Villager and Voodoo Rooms) and Jamie Macdonald of The Raconteur will be sharing their experiences of opening their own venues.
Boutique Bar Show founder Andrew Scutts said the seminar is designed “for long term managers who want to take that next step”.
“There’s some things you will never know until you’ve done it,” he said.
“How long it takes to get PDQ (payment) machines and things like licensing regulations. If you haven’t had that experience some things can come up to bite you.
“The talk will cover things like concept development, site selection, licensing and regulations, recruitment and training and project managing your opening, so it will be quite in-depth.”
Scutts founded the Boutique Bar Show in London in 2007 and organised a second event in Manchester shortly after. The show came to Scotland for the first time last year.
Aside from the ‘bartender to bar owner’ seminar, the event will also host speakers such as international bartender Tony Conigliaro and Stanislav Vadrna, an expert in the Japanese ‘Ichi-go Ichi-e’ (one life, one meeting) style of bartending.
The event will come to a close with the ‘great Scottish shake-off’, which will see bartender teams from Edinburgh, Glasgow, Aberdeen and Newcastle compete with each other in a series of challenges.
The first round of the contest will task each team to create a punch recipe using five different ingredients, while the second round will test consistency, tasking each team member to create the same cocktail three times. The final round will test each team’s ability to think on its feet, creating a new serve using an alloted brand and limited ingredients.
“Last year the winners were Edinburgh, and I know the other teams are in training already because they want to take the title,” said Scutts.
The contest is being organised in conjunction with LA Group and the Scottish Society of Professional Bartenders.
The Boutique Bar Show takes place at the Mansfield Traquair on Tuesday October 25.