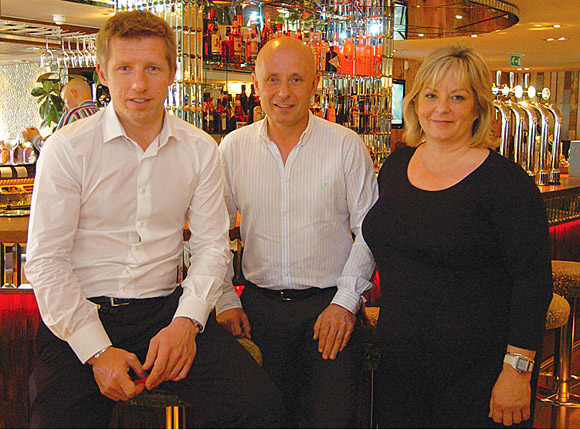 A LICENCE granted to JD Wetherspoon for a 552-capacity pub in Prestwick is to be reconsidered by South Ayrshire licensing board after a judge ruled its decision “unlawful”.

Ayrshire operator Buzzworks, which operates Dome and Elliots in Prestwick, sought a judicial review of the decision to grant Wetherspoon a licence for the Main Street premises last November, claiming the board had failed to consider overprovision as a separate issue when making its decision, and to provide adequate reasons for granting the licence.
In its statement of reasons, the board had said it was “constrained” by the judgement in the case of Tesco Stores v Aberdeen City licensing board last June “and, accordingly, could not refuse the application on grounds of overprovision”.
At the Court of Session on September 2, temporary judge Morag Wise QC said the board’s view that it could not refuse the application on the grounds of overprovision constituted a “clear error in approach” and that “overprovision ought to have been considered as a distinct ground, regardless of the decision on consistency with the licensing objectives”.
“In short, the board in this case was wrong to consider that it had no power to refuse the application on the grounds of overprovision because it had not found any inconsistency with the licensing objectives,” she said.
“It is that clear error in interpretation of the provisions governing determination of an application that has convinced me that the decision cannot stand, quite apart from the conclusion I have reached on inadequacy of reasons given.”
South Ayrshire licensing board said a date for the board to reconsider the licence has yet to be set.
A spokeswoman also confirmed Wetherspoon had lodged a second licence application for the site on July 5.
“The [Court of Session] outcome means that the licensing board will consider the application again and determine it in accordance with the guidance on the applicable law provided by the court,” she said.
Buzzworks director Kenny Blair welcomed the ruling.
“We’re happy with the decision but there are a number of possible outcomes now so we’ll need to see what happens,” he told SLTN.
A spokesman for Wetherspoon said: “Obviously we appreciate that the correct legal process has to be adhered to and we respect the view of the judge.
“We’re as keen as ever to open a pub on the site.”