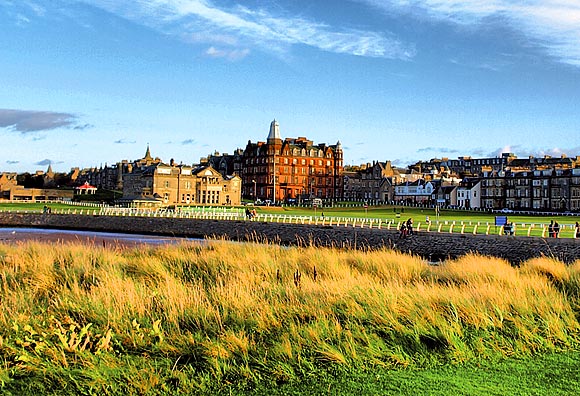 GOLF tourism in Scotland is said to have soared on the back of VisitScotland’s ‘drive it home’ campaign.
Figures from the Scottish Government suggest the initiative, which refers golfers looking for information to golf tourism businesses in Scotland, led the number of people showing interest in golf packages to soar 63% to more than 30,000 last year. The increase means numbers have quadruped since the campaign, which incorporates a prize draw promotion, was launched in 2009, the year of Homecoming.
Unveiling the figures at Castle Stuart Golf Links near Inverness, which staged this year’s Scottish Open in July, first minister Alex Salmond said there has been a “steady increase” in interest in golf holidays in Scotland since drive it home launched.
“Scotland delivers the most authentic and diverse golfing experience in the world,” he said.
“We can host world class golf events while steeped in the traditions of the game.
“No other country offers golf courses of such high quality, outstanding natural beauty, variety, accessibility and number.
“The VisitScotland drive it home campaign has exceeded all expectations, attracting unprecedented levels of interest in golf tourism packages from over 30,000 potential visitors.
“In our year of Active Scotland, we are firmly on the world golfing stage, with an exciting summer of the game thanks to events such as the Scottish Open and hosting five Women’s Open Championships over the next decade as we journey towards the Ryder Cup in 2014.”

(Image: More than 30,000 people showed interest in golf tourism through drive it home.)