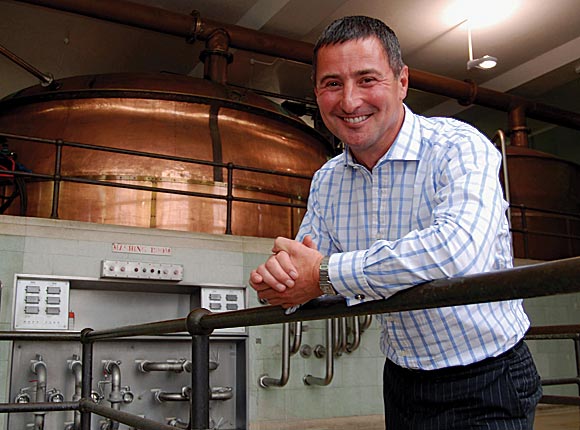 THE growth potential of the cask ale market in Scotland was underlined last week with the launch by Belhaven of a new, permanent addition to its cask range.
Belhaven IPA, which is now being rolled out across the Scottish trade, is the first significant brewing innovation Belhaven has presided over in several years.
At 3.8% ABV, the ale is said to be in keeping with the “modern trend of IPAs”, with a “floral aroma”, golden colour and “clean, crisp, citrus” flavour. 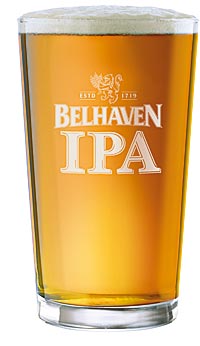 Brewed using Scottish-grown malted barley, and a ‘unique triple blend of hops’, the brand is likely to go toe-to-toe with the highly successful Deuchars IPA, brewed by Edinburgh’s Caledonian Brewing Company.
Euan Venters, managing director of brewing and brands at Belhaven owner Greene King, told SLTN the “reaction has been excellent” to the product so far.
“It’s very much on trend with the new golden products” he said.
“The cask ale market in Scotland is growing really well – it’s growing at about 17%, which is superb – and IPA is a big part of that, so it was an obvious thing to do.
“We’ve not had a major launch for some time – we just felt it was time to do an IPA and a cask ale, because I think it will complement Belhaven Best. Some people who drink Belhaven Best also drink cask ale, but there’s also people who only drink cask ale.”
Venters said Belhaven plans to distribute Belhaven IPA across Scotland and even into England.
“It’s good to get the Belhaven name further afield,” he said, adding that the draught product could be followed by a cask conditioned bottle for the off-trade “if it proves successful”.
Belhaven, which plans to support IPA in outlets with specific POS and branded glassware, hopes the new product will appeal to confirmed cask drinkers and draw new consumers to the category.
“Consumers are buying into the fresh, natural and crafted nature of cask ale,” said head brewer George Howell.
“As cask is one thing drinkers cannot get at home, it gives the pub an excellent way to attract more people down to their local.”
News of the Belhaven development comes as the Caledonian Brewing Company relaunches its Flying Scotsman brand, this time as a premium bitter. It was withdrawn by Caley five years ago while the train it’s named after was repaired. With the train rebuilt and back on the rails, the brewery has revived the brand, this time with a new recipe.
A licensing deal with the National Museum of Science and Industry gives Caley the right to use the Flying Scotsman marque for the product, which has been available since July 1 and retails at the same price as Deuchars IPA.
“We identified a couple of gaps in our portfolio of cask beers and felt that a premium bitter was one of these,” said Caley MD Stephen Crawley.
“We know that lots of beer drinkers are keen to sample and discover interesting new beers and we believe Flying Scotsman will find a place in their repertoires.”