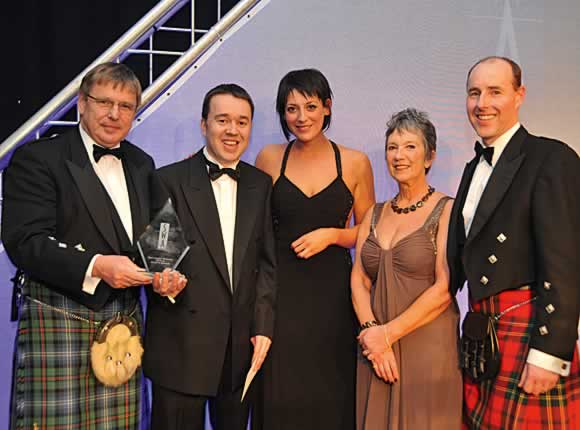 Now in its tenth year, Scottish Wholesale Achievers aims to recognise excellence and raise standards across the sector. Organiser the Scottish Wholesale Association has confirmed the 2012 campaign will feature ten awards for wholesale and cash and carry businesses, including Best Licensed Wholesaler for the on and off-trades, and four for suppliers.
Each year the programme reaches a finale with an awards ceremony at Edinburgh’s Sheraton Grand, culminating with the presentation of the Champion of Champions title.
The SWA confirmed the 2012 event will take place on Thursday February 9. “This is a milestone year for Achievers and we have refined the categories to make the competition more relevant to both our members and suppliers,” said the SWA’s Kate Salmond. “I would urge all Scottish wholesalers to enter.”
Image: Whisky firm Gordon & MacPhail was named Best Licensed Wholesaler (on-trade) last year.