Speyside the focus as Diageo plans to up Scotch whisky production 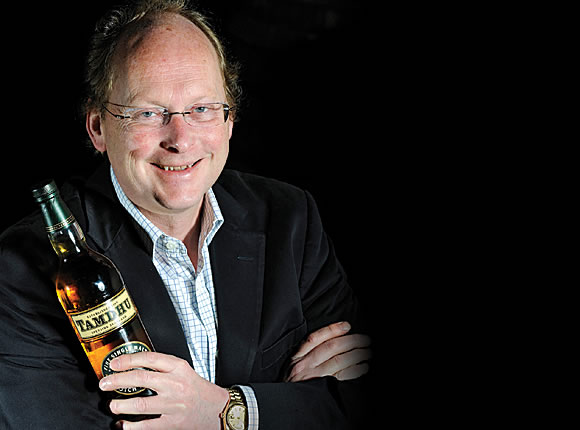 IAN Macleod Distillers has underpinned its future growth plans with the acquisition of a second distillery from the Edrington Group.
The family-owned distiller, blender and bottler, which bought Glengoyne distillery from Edrington in 2003, has snapped up Tamdhu distillery in Speyside for an undisclosed sum. It comes after the firm posted improved financial results for the eighth consecutive year, with turnover up 22% to £31.9m in 2010.
Managing director Leonard Russell (above) said the acquisition of Tamdhu, which can produce up to four million litres of alcohol a year, will support the continued growth of its existing brands, including Isle of Skye, Lang’s and the King Robert II blends. The distiller also aims to “significantly develop” sales of the Tamdhu single malt in the UK and abroad.
“Having purchased Glengoyne distillery from Edrington in 2003, we are delighted to be acquiring a second distillery from them, safe in the knowledge that it has been maintained to a very high standard and comes with a reputation for producing exceptional single malt,” he said.
“I am also pleased that we will be securing and creating new local employment during these uncertain economic times.”
Edrington Group chief executive Ian Curle said the sale of Tamdhu will allow the group to focus on its key brands, which include The Famous Grouse, The Macallan, Cutty Sark and Highland Park.
“Edrington and Ian Macleod have a good relationship stretching back many years and we know the Tamdhu distillery and brand will be in good hands,” he said.
Staying in Speyside, Diageo has unveiled plans to develop its Dailuaine distillery.
The drinks giant has submitted a planning application to Moray Council to upgrade the existing bio-plant at Dailuaine, which deals with whisky by-products from a number of Diageo’s distilleries.
Diageo Scotland MD Bryan Donaghey said the upgrade will create the potential to increase production in future.